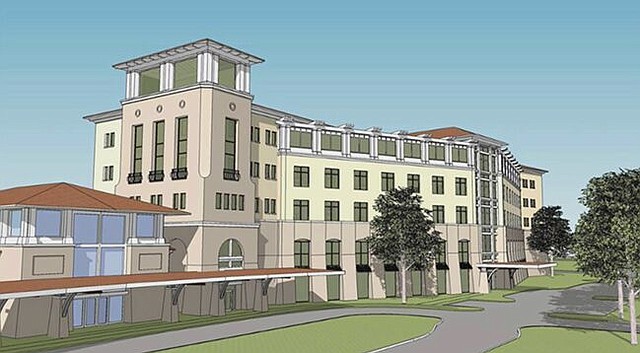 Winter Park Memorial Hospital has shared its vision or a new $85 million five-story Nicholson Pavilion, to be constructed at the east side of the hospital. Named for philanthropists Tony and Sonja Nicholson, the pavilion will add 80 private rooms and a new patient lobby, and be adaptable to add 80 more beds in the future.

Hospital administrator Jennifer Wandersleben has been quoted as saying: “Winter Park Memorial Hospital was founded more than 60 years ago with the goal of creating a world-class hospital to serve the community’s health needs right here at home. We’re thrilled to be a part of this latest chapter, which is the largest investment in the hospital’s history and one of the largest in Winter Park.”

The Orlando Sentinel reports that Florida Hospital officials have said this is the largest investment in Winter Park Memorial Hospital’s 60-year history.

It has been reported that the expansion will allow the hospital to convert the majority of its existing rooms into private patient rooms. “The new pavilion space will include private beds for orthopaedic care as well as other surgical and medical services. At full buildout, it will offer 160 beautiful private rooms and bathrooms.”

Construction is set to begin this winter, with a completion date of 2018.

B & I Contractors celebrates 60 years of service by giving...