The Florida House of Representatives has approved legislation that will provide funding for charter schools, reflecting an ideological divide and creating both opportunities and challenges for developers and school constructors in the state, assuming the legislation passes the state senate and is enacted into law.

Under the new rules, public school districts will be required to share tens of millions of dollars in tax revenue to fund the alternative schools.

Charter schools, which are publicly funded but privately managed, have long sought a stable revenue stream for construction and maintenance. Unlike traditional public schools, they cannot levy property taxes for that purpose. But school districts oppose sharing their tax dollars because most of the money is earmarked for debt service. What’s more, they point out that many charter schools are housed in privately owned facilities that do not revert to the public if the school closes.

Fresen says the bill  would ensure that charter schools receive about 40 percent of the amount traditional public schools can raise for maintenance and construction. Public districts would need to make up the difference with their own  tax revenue if the state doesn’t provide enough money in the budget.

The newspaper said Fresen’s support of the the amendment was controversial because of his architectural firm’s charter school relationships  Fresen is listed in the contacts section of Civica Architecture for “land use”, and the practice’s website emphasizes its work on several charter school projects.

Fresen was quoted as saying he did not consider the amendment to be a conflict of interest because it would not increase funding for charter schools.

“There’s already money for capital outlay,” he told the Herald/Times. “All this does is create a predictable framework for this capital outlay money to be expended.”

The question of course is how the new rules will shift resources, funding and create new construction/development opportunities for charter schools, while stressing the budgets of public school districts and their debt loads. 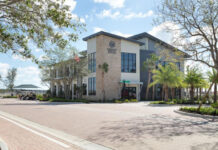 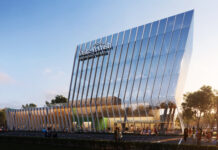