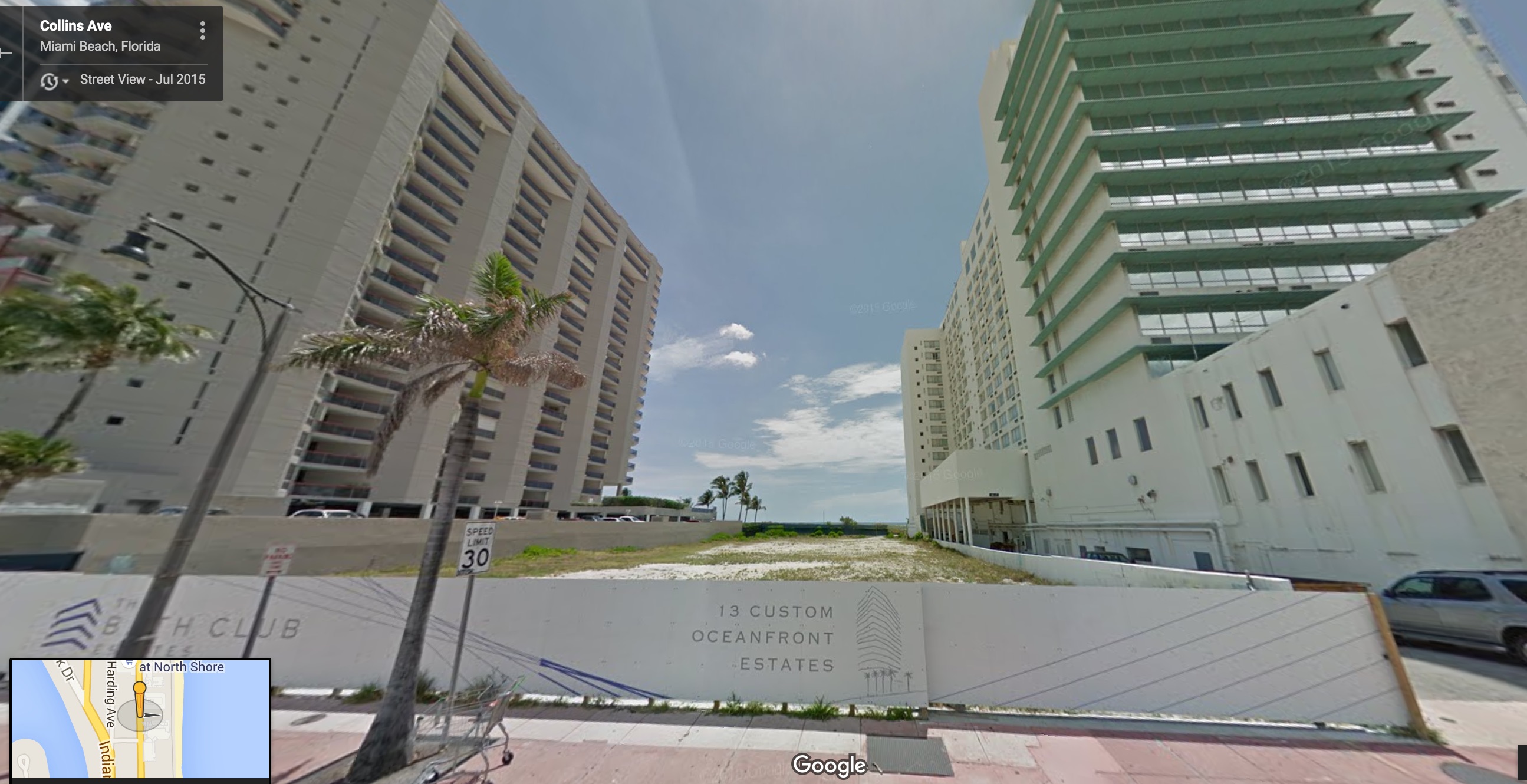 A partnership led by China City Construction has proposed an 18 story condo tower on an acre of Miami Beach oceanfront land that the enterprise purchased for $38.5 million about four months previously.

CCCC Miami Beach LLC on Brickell Ave. was to make a request to the Miami Beach Historic Preservation Board on March 8, “including variances to exceed the maximum height for a fence facing the ocean and to reduce the required width for a two-way driveway.”  The 42-unit tower would be built in the 6700 block of Collins Ave.

The timing of the proposed tower is notable, as the Chinese economy is reportedly slowing while speculation is accelerating that the U.S. economy could be headed into recession later this year.

The Real Deal reports that before CCCC Miami Beach purchased the land in Oct. 2015, a 16-story condo tower with 13 units called the Bath Club Estates was planned by developer R. Donahue Peebles — who “bought out” a company that purchased the property for $4.6 million in 2010 — for the rectangular-shaped site in the North Beach neighborhood, according to government records.

The website reported that a “partnership that includes the China City Construction paid nearly $75 million in December 2014 for a development site that is comprised of an entire block on the west side of South Miami Avenue in the Brickell Avenue Area of Greater Downtown Miami.

“Despite widespread speculation about the development group’s plans to build a pair of high-rise towers on the Brickell Avenue Area site, no renderings for the estimated $875 million mixed-use project, composed of a combination of condo, hotel, office and retail space, have yet been released,” The Real Deal said.

With this newly proposed project, developers have now announced 51 new condo buildings with more than 2,030 units in the barrier island city of Miami Beach during this current South Florida real estate cycle began in 2011, according to the preconstruction condo projects website CraneSpotters.com.

An additional 21 new condo buildings — including the CCCC Miami Beach project — with more than 1,125 units are currently in the planning or presale phase of development, according to the data.

The Miami Beach area of the barrier island ranks as the seventh most active market based on new condo units announced during this cycle, The Real Deal says.