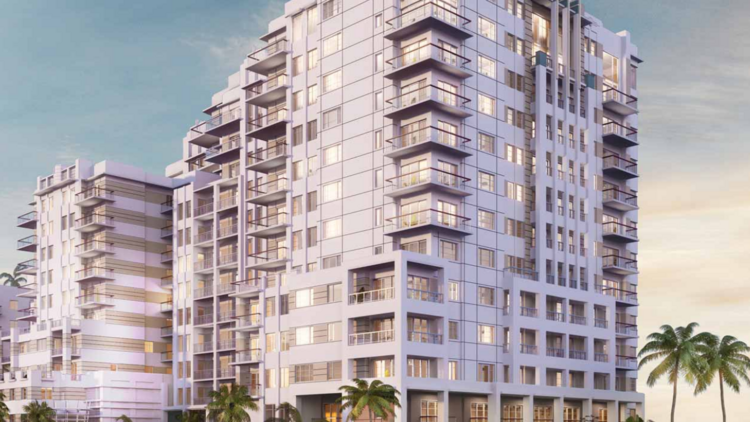 To be constructed by Kaufman Lynn Construction, Tower 155 will rise on the 1.3-acre site at the corner of Northeast Mizner Boulevard.

South Florida Business Journal reports that the project was originally intended to contain 170 units but that Compson president James Comparato had said there was an interest from buyers to purchased larger combined units which reduced the building’s total.

Units are described as “art deco” and include more than 30 floorplans.

The project is to be constructed in three tiers ranging from 12 to eight stories. The smallest portion will include a rooftop lounge with its own Jacuzzi and fitness club overlooking Mizner Park. Other amenities include a “two-story lobby with interiors designed by Steven G.”