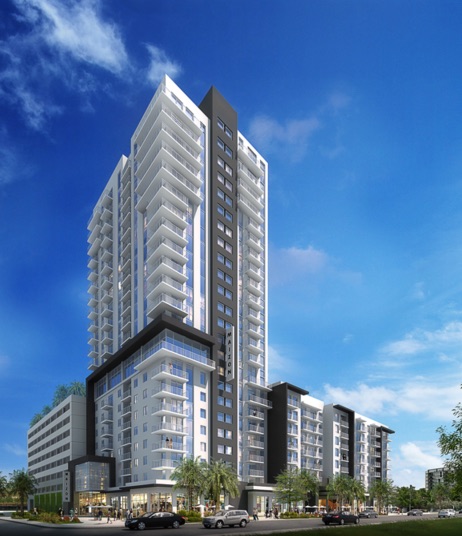 Orlando-based developer Zom has announced plans to build a rental apartment in West Brickell on a 1.27-acre site on the corner of SW 12 th St. and SW 2nd Ave.

The rental tower will include 262 units, 21,000 sq. ft. of retail, 2,500 sq. ft. of office space and a host of amenities. Zom spokeswoman Beth Alonzo said the luxury apartment building will be called Maizon at Brickell.

The project was designed by MSA Architects.

There are 13,645 apartments in the development pipeline in greater downtown Miami, including 2,621 units in Brickell, according to Integra Realty Resources’ first quarter residential report for the Miami Downtown Development Authority.