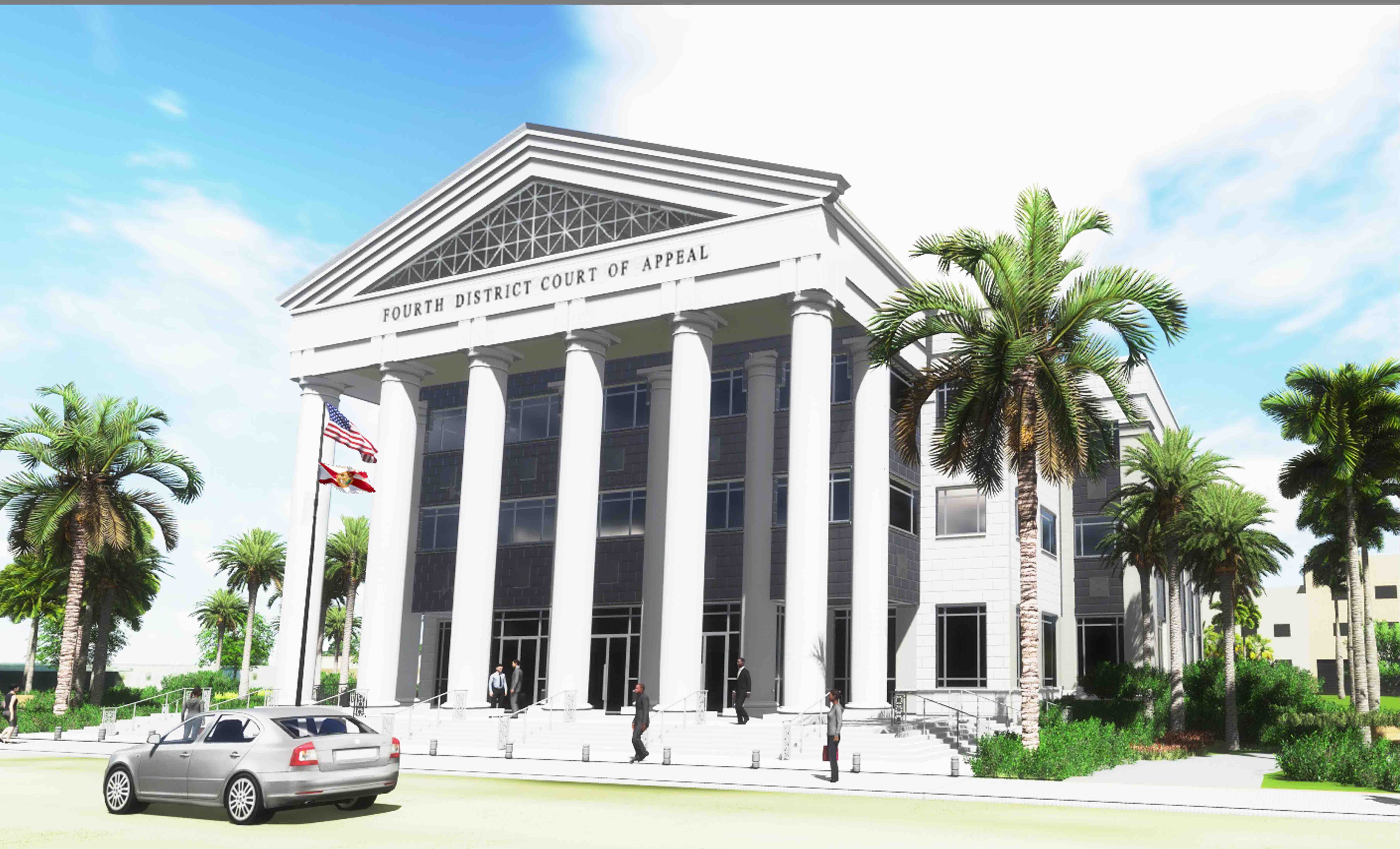 There has been a ceremonial groundbreaking for the new State of Florida 4th District Court of Appeal courthouse and parking garage in West Palm Beach.

The new courthouse, to be built on state-owned property on Tamarind Ave.  between Clematis and Datura Streets, will replace the Court’s outdated facility on Palm Beach Lakes Blvd. A new four-story, 334-space parking garage will be constructed behind the courthouse and shared with staff of other government agencies on the block.

The Weitz Company is the project’s general manager.The project was designed by KBJ Architects of Jacksonville.

“After collaborating with the judges and architects for several months during pre-construction work, we know this new building and location will serve the state court system well,” said Weitz Florida executive vice-president Dennis Gallagher.

Site preparation is expected to begin in early June.

The Weitz Company is a full-service general contracting company with offices in West Palm Beach, Fort Lauderdale, and Jacksonville. Weitz is currently building a nine-level, 2,650-space parking garage behind the Palm Beach County Convention Center. Other prominent Weitz projects in downtown West Palm Beach include the Cohen Pavilion at the Kravis Center, a major renovation of the Norton Museum, and the hurricane-hardening of the Main Judicial Center.