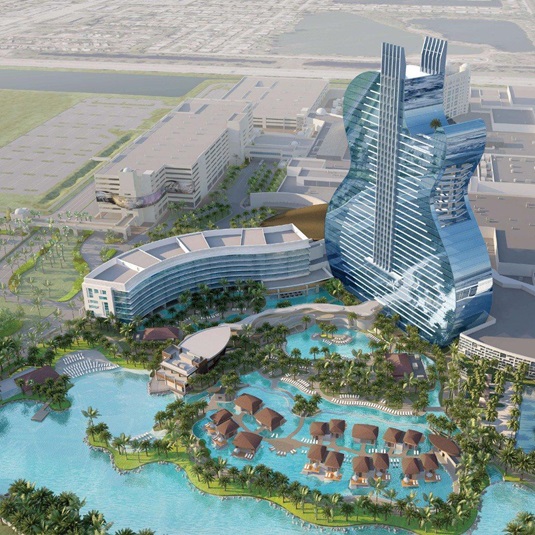 The world’s first guitar hotel and casino complex at the Seminole Hard Rock Hotel & Casino Hollywood is on track to open Oct. 24, according to the company.

It follows the Oct. 3 grand opening of a major expansion of the Seminole Hard Rock Hotel & Casino Tampa, which is Florida’s largest casino.

The expansion projects are underway at the two Four Diamond flagship casino-resorts of the Seminole Tribe of Florida, which owns Hard Rock International and operates both entertainment destinations.

The $1.5 billion expansion of the Seminole Hard Rock Hotel & Casino Hollywood includes a guitar hotel that can be seen for miles. Like a beacon, it stretches 450 feet into the South Florida sky.

“The guitar tower will attract casino players and other visitors from throughout the country and around the world,” Hard Rock International Chairman and Seminole Gaming CEO Jim Allen stated. “It will put South Florida on the map as a world-class gaming destination, and it will have a huge economic impact on Florida. The gaming industry will never be the same.”

Architect of record for the expansion of Seminole Hard Rock Hotel & Casino Hollywood is Klai Juba Wald of Las Vegas. Interiors design is handled by the Rockwell Group of New York and Wilson Associates of Dallas, New York and Los Angeles. Landscape designers are EDSA of Fort Lauderdale.