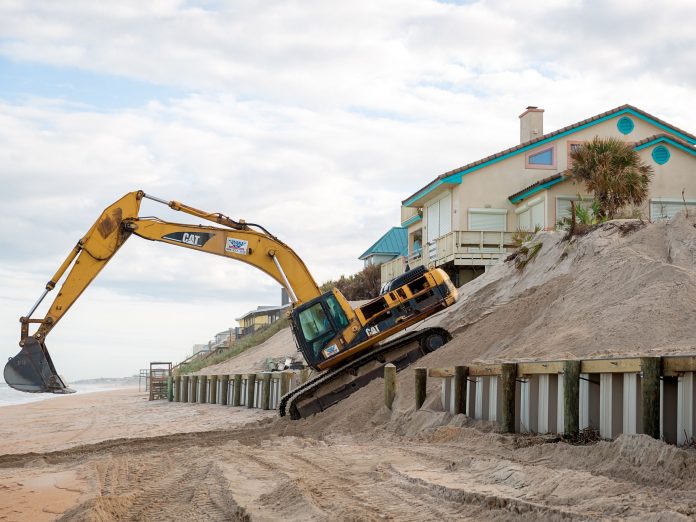 The Florida Fish and Wildlife Conservation Commission (FWC) reversed its initial decision not to allow the emergency repairs which was already well into sea turtle nesting season.

The St. Augustine Record said permit holders could continue construction as long as they followed strict rules and take additional precautions to avoid incidental takes of sea turtles. In reversing its previous decision, the FWC made some site visits.

A commission letter stated, “The continuation of work into marine turtle nesting season greatly increases the risk of incidental take of threatened and endangered nesting female and hatchling marine turtles.

“Because of the increasing likelihood of risk from now through August, additional protective conditions, beyond those originally provided, will be necessary and strict adherence to these conditions is required.”

All sites are currently following permit requirements and the department said it would continue “strict monitoring and oversight” of construction activities.