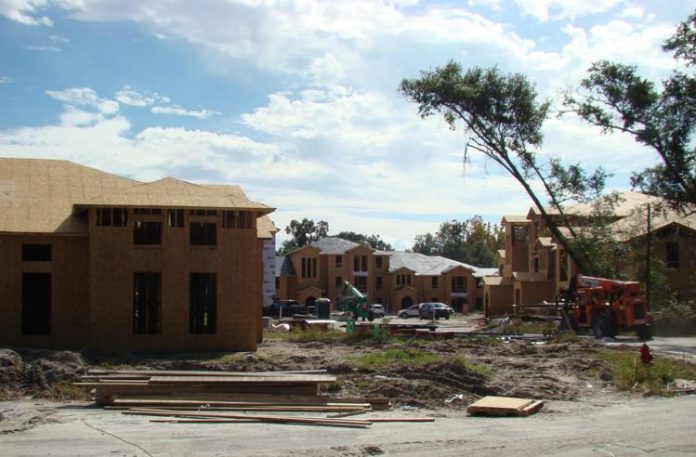 Data recently released by the Associated General Contractors of America (AGC)indicates that seven of the 10 fastest-growing construction job markets in the country are in Florida.

The Deltona-Daytona Beach-Ormond Beach metro area — pretty much all of Volusia County — tied with nine other areas with the 18th-fastest rate of construction-employment growth at 13 percent, reports the West Volusia Beacon.

Rounding out the top 10 were the Orlando-Kissimmee-Sanford and Fort Lauderdale-Pompano Beach-Deerfield Beach metro areas, which, at 17 percent, each tied for the seventh-fastest rate of job growth. And the West Palm Beach-Boca Raton-Delray Beach and the Palm Bay-Melbourne-Titusville metro areas tied for ninth-fastest rate at 15 percent each.