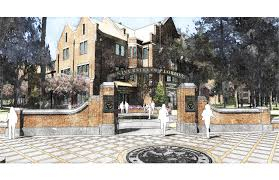 SchenkelShultz Architecture has announced it and Robert A.M. Stern Architects were the designers of the University of Florida’s new Heavener Hall School of Business Building.

The state-of-the-art center is located at the main campus’s ceremonial gateway at the corner of West University Avenue and 13th Street in Gainesville. It was designed to achieve LEED Gold certification from the United States Green Building Council, the company said in a statement.

The project cost was $22.8 million. The three-story, 57,000 gross square foot facility was designed to reflect the Collegiate Gothic architectural style.