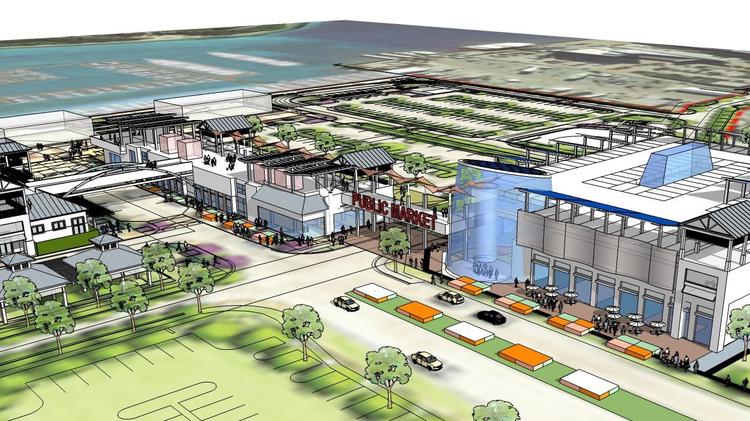 The market will be the only one of its kind in Palm Beach County, operating six or seven days a week, and featuring a variety of locally-sourced produce and flowers, fresh and prepared foods and locally caught fish, plus small retail spaces for local artists and craftsman to display and sell their work, CRA said in a statement.

The location at the Riviera Beach Marina was initially designated as the best location for a public market in the county by the Palm Beach County Board of Commissioners. The county provided an initial grant of $150,000 and is being requested to provide an additional $250,000 to help complete design of the public market. CRA is seeking more than $30 million in federal New Markets Tax Credits to raise private capital to construct the Public Market.

The Public Market is envisioned as a three-story, 50,000-sq.-ft. structure with an open courtyard, with the second and third floors dedicated to easily accessible public parking. The selection of foods at the Public Market offers an opportunity to bring together the wide variety of fresh produce grown in the western part of the county with the fresh fish and seafood brought in from the Atlantic Ocean to the east, capitalizing on the strength of the farm-to-fork movement.

The Public Market is currently in the design phase. Construction could begin as early as mid-2016.