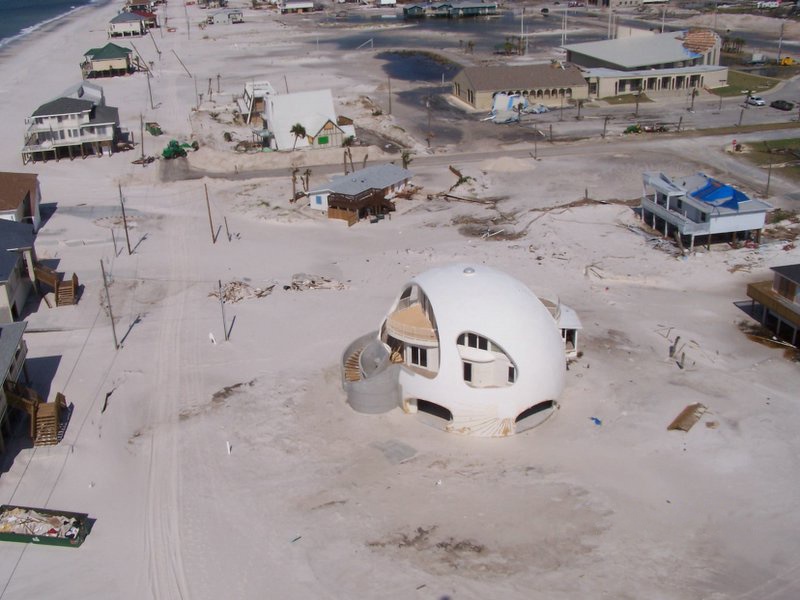 Florida’s coastal communities have added an additional 1.5 million people and close to 500,000 new houses since eight hurricanes tore into Florida about a decade ago, but better hurricane resistant building standards have reduced the risk of catastrophic destruction.

“The improvement derives from Florida’s statewide building code, which was implemented in 2002, a decade after Hurricane Andrew’s 165-mph winds gutted parts of South Florida,” the Associated Press reports. “The code means that all new structures get tough inspections and are built with shatter-proof glass and straps reinforcing the connection between roof and walls.”

“The building code changes have made a huge difference,” AP quoted Shahid Hamid, a professor at the International Hurricane Research Center at Florida International University as saying. “You have more houses being built, and that certainly means more exposure and losses will go up, but on the other hand, the houses that are more recently built are better built and can perform better in hurricanes.”

However, insurance premiums remain about twice the national average — the most expensive in the US — despite the stronger building standards.

Associated Press reported on some of the most significant coastal development areas.

Miami-Dade, Broward and Palm Beach counties account for more than half of the $337 billion increase in property values along Florida’s coast in the past decade, AP says. The values of all properties in Florida’s coastal counties reached $1.5 trillion last year, according to AP calculations based on Florida Department of Revenue data.

Parks between buildings and Biscayne Bay in Miami act as buffers against storm surge says developer Carlos Rosso. “The new buildings have largely empty ground floors in case of flooding and residences constructed on floors well above storm surge projections,” the AP story reported. “They’re also equipped with emergency generators and shatter-proof glass windows, all meant to minimize damage from even the worst of storms.”

“We are trying to create a little more conscientiousness about it,” said Rosso, president of the condominium division of The Related Group.

AP says developers have built a secluded string of beach communities lined with multimillion-dollar residences between the high-rise condominiums, chain restaurants and miniature golf courses from Destin in the west and Panama City in the east.

“We are seeing a different sort of house,”said Walton County Commissioner Cindy Meadows.“Most use concrete piling and all of the latest hurricane reinforcements.”

Homeowners paying $3 million or more for a vacation home understand the risk of investing in an area where hurricanes can strike, and the strengthened building codes provide confidence that the structures can withstand high-intensity storms, AP quoted Scott Kurfirst, co-founder of Coastal Elements Construction, as saying. Builders use straps reinforcing the connection between roof and walls throughout the homes and a lot of reinforced concrete, he said.

“It isn’t a huge concern that buyers talk about,” Kurfirst said. “The structures are incredibly solid.”