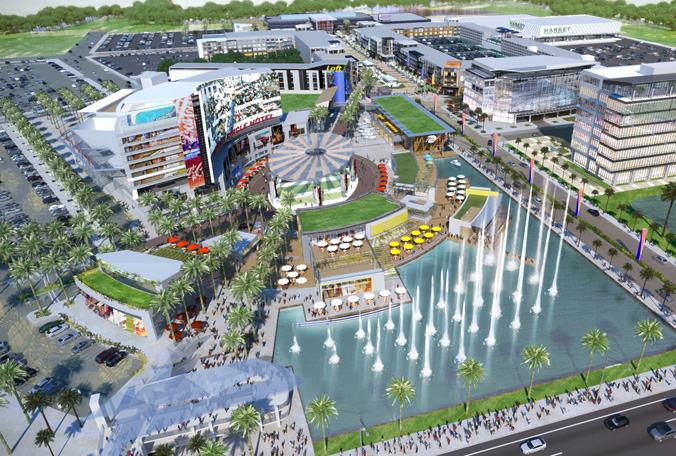 The developers of the $289 million first phase of One Daytona have asked for roughly $40 million in public funding from Volusia County and the city of Daytona Beach, reports News-Journal Online.

One Daytona is an ambitious vision of shops, restaurants, hotels and apartments across the street from Daytona International Speedway.Under the proposal, the city and county can each give $20 million to help cover the project’s estimated $52.9 million in infrastructure costs.

A $20 million grant would represent roughly 3% of Volusia’s operating budget and almost 11% of Daytona Beach’s. The developer, JV Partners, a pairing of ISC and Jacoby Development, will pay the remaining $13 million or so, said Brian Leary, managing director for Atlanta-based Jacoby Development, which is heading up the project along with International Speedway Corp.

The developers plan to start infrastructure work by this summer and open the first phase by early 2016. Both city and county leaders are expected to make their decisions soon.

Million-dollar condos to be built on Fort Lauderdale beach