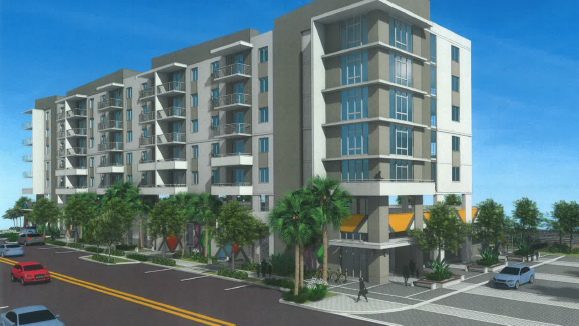 City council is expected to hear first reading this week on two development proposals under the new TOD zoning.

The second proposed project, Apogean Pointe, is a six-story project that would feature 59 apartments, nine live-work units, 4,000 sq. ft. of commercial space and 102 surface parking lots. The two-story live-work units would reportedly total 1,400 sq. ft. each, with 694 sq. ft. of work space on the ground floor and residential quarters above.

If approved, Apogean Pointe would likely break ground during summer 2017.