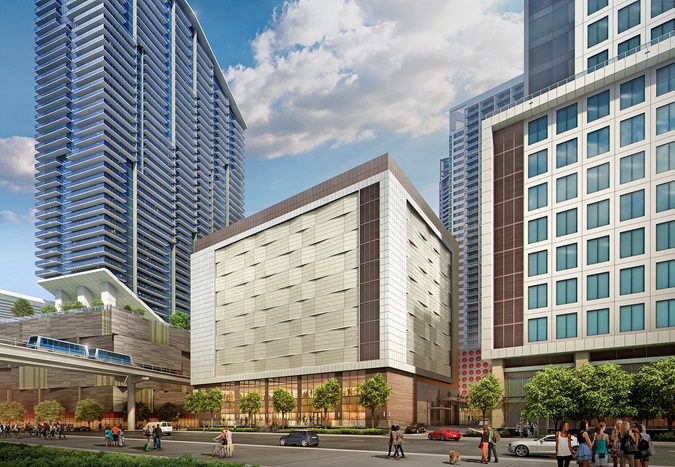 Moss Construction says that has broken ground on a $35-million contract to build the Brickell World Plaza phase 2 expansion as part of a multi-phase project located on the 600 block of Brickell Avenue in Miami.

Designed by HOK, the project consists of a 12 story above grade parking garage and one below grade basement level valet garage. Built adjacent to the existing 600 Brickell World Plaza Tower, the two structures will connect at basement level under the existing active private drive. The thirteen-level garage structure will contain approximately 478 parking spaces located between the basement and eleventh levels.

The exterior cladding system for the garage will consist of precast architectural concrete panels and undulating perforated metal panels all of which will be backlight by color changing LED lights. A plaza space will be constructed on the remaining site area, containing both green and hardscape spaces.

The project is scheduled for completion late 2019.

JE Dunn Construction opens Tampa office — a “homecoming” for many...