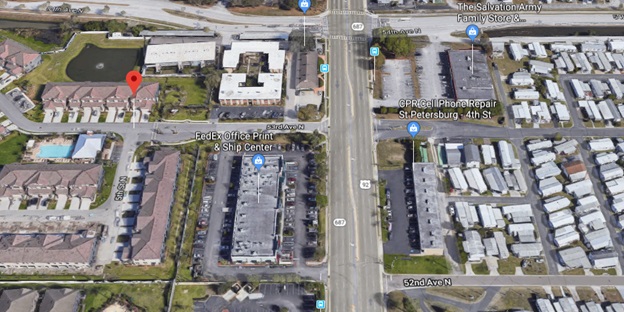 The St. Petersburg Development Review Commission has approved a $69-million plan for the development of a 20-story tower near Mirror Lake.

The plan was filed by Illinois-based Inland National Development, according to the Tampa Bay Times. The developer will demolish seven apartment buildings, some dating to the 1920s, on Fifth St. N and Third Ave. to build a U-shaped tower featuring nearly 10,000 sq. ft. of ground-floor retail space.

The tower would add another 270 units to the more than 2,000 recently built or under construction in and near downtown St. Petersburg. The 20-story tower will be the tallest structure in a neighborhood of mostly older, low-rise buildings, according to the report.

No information about the construction timeline was available.