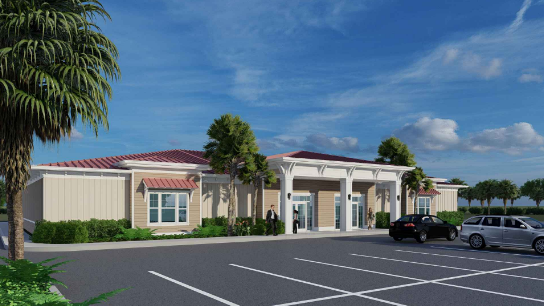 The Highland Group says it has been selected to serve as general contractor for Bay County’s new community center. The structure on Majette Tower Road just off of Highway 231 in Bay Dunes Park, has been named the Bay Dunes Complex.

After Hurricane Michael hit Florida in 2018, two community centers in Bay County were destroyed, leaving residents to reminisce about the buildings that once served as a focal point for community gatherings and events.

“We live and work in this community,” Highland project manager Ned Flood said in a statement. “This project means a lot to the Highland Group and we look forward to recreating a space for Bay County residents to gather, celebrate and make new memories.”

The Bay Dunes Complex will also double as an Emergency Operations Center and will be fitted to serve as an emergency shelter. The project is expected to begin within the next two months and take approximately one year to complete.

“Being a builder is not always about the structure. It’s about the positive impact that remains after the construction is completed,” said Flood.