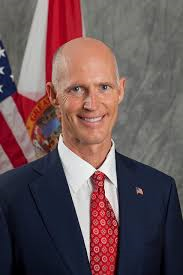 Among the stats released, Southwest Florida is reported to have added 12,6000 private sector jobs; 8,400 in Fort Myers, and 4,200 in Naples. Transportation and utilities factored highest in new job creation in Fort Myers with 2,100 new positions, while construction weighed in with 1,600 in Fort Myers and 1,200 in Naples, giving it the highest overall for the region.

Fort Lauderdale also added just over 25,000 jobs with “trade, transportation and utilities with 6,700 new jobs; professional and business services with 4,500 new jobs; and education and health services and leisure and hospitality, both with 4,000 new jobs.”

It was also announced that the Miami area had added 15,800 new private sector jobs with 3,800 of those coming from the construction sector.

New 50-bed care facility to be built in North Naples