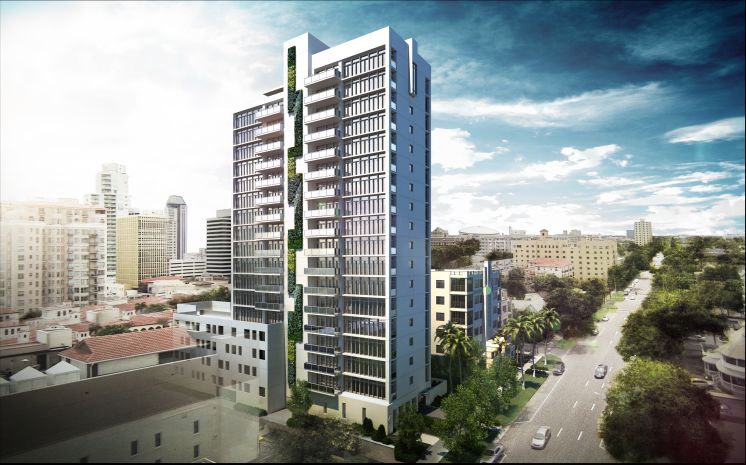 The former general contractor for Bliss, an 18-story condo tower rising in downtown St. Petersburg, claims it was replaced with another contractor without cause or notice, the Tampa Bay Times reports.

Moss & Associates asserts in the lawsuit that developer Taub Entities refused to pay the full price tag of changes that “materially affected” the cost and scope of the project, the newspaper reported.

“In its suit filed Aug. 20 in Pinellas Circuit Court, Moss attached a contract showing that Taub Entities hired it in December for $18 million to build the tower at 176 Fourth Ave. NE just off Beach Dr.,” the newspaper article says. “Construction was to be completed within 660 days of the time Taub issued a notice to proceed.”

The suit says Taub never issued a notice and did not terminate its agreement with Moss, but instead hired another contractor. Moreover, when Taub initially contracted with Moss, it knew that the drawings and specifications for the building were incomplete, the suit says. New ones were submitted in late February, but Taub said it would pay only part of the increased cost and wanted Moss to absorb the difference.

“As a result of Taub’s breach (of contract), Moss has been damaged by, among other things, losing its benefits of the bargain for anticipated profits,” the suit says.

Moss, based in Fort Lauderdale, has 11 offices from Hawaii to Florida. The Bliss website indicates the new contractor is Palm-Harbor based Voeller Construction. The foundation and core have been poured, and the tower is on schedule for a December 2016 completion date. Records show that of the 29 units, 26 have been sold at prices up to $1.214 million.