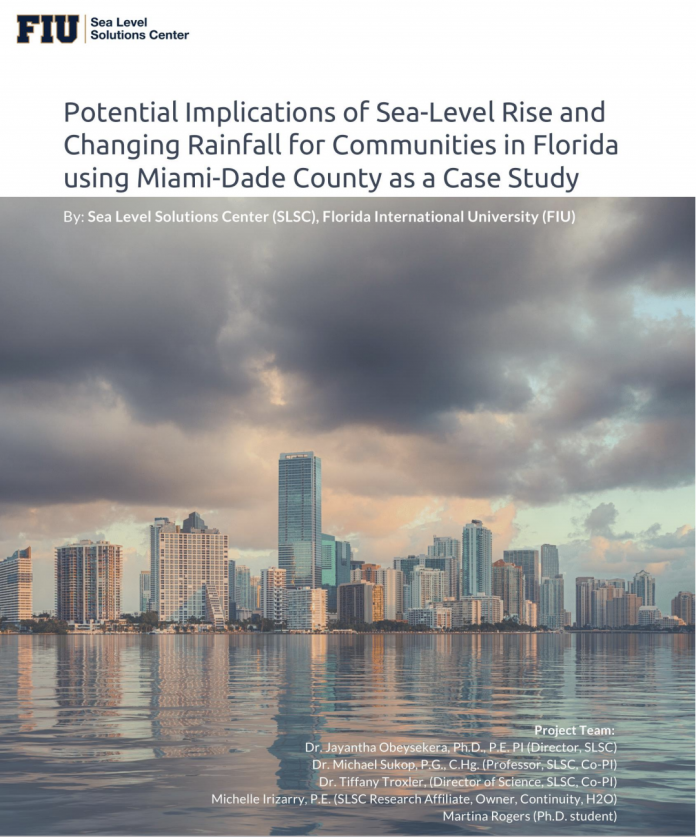 A new Florida International University study commissioned by the Florida Building Commission has called for new construction in flood-prone areas to be built at least an additional foot above sea level.

The new rules won’t go into effect in the 2020 building code update, but could be implemented by 2023, as state building officials consider the impact of rising sea levels caused by climate change, and the impact on flood-prone regions.

Rising base elevations of homes are a clear sign that — despite waffling political rhetoric from the federal and state level — the people who plan and build in coastal Florida consider the threat of sea rise very real, the Miami Herald reports.

“The building code doesn’t currently take sea level rise into account,” said Tiffany Troxler, associate director of science for the FIU Sea Rise Solutions Center and co-author of the report. “One recommendation was simply to try to account for that uncertainty that we cannot currently account for, including sea level rise, to add one foot to the elevations that are already recommended.”

Other recommendations include developing a region-specific sea level rise curve that’s updated every five years to guide building. The South Florida projection calls for two feet of sea rise by 2060 and is due to be updated in 2020.

“A third recommendation calls for the state to review groundwater maps before allowing septic tanks to be installed. Rising groundwater from sea rise has already caused dangerous (and gross) septic failures across Miami-Dade County, a problem that could cost $3 billion to solve in Miami-Dade alone,” the newspaper reports.

Reinaldo Borges, an architect and member of Miami’s Resilience Board, called the higher height requirements, known as freeboard, one of the most effective strategies to protect a property from sea rise, but said he has a hard time convincing clients to elevate a home or building if they’re not required to.

“When you give a developer a minimum, typically they go with the minimum. Rarely do they go above it,” he said. “Unless you codify things, things don’t just happen.”

Added freeboard is costly. An extra foot of elevation can increase a 2,000 sq. ft. home’s costs from just under $900 to almost $5,000 depending on building materials. However, proponents assert the discounted insurance premium pays off the investment over time.