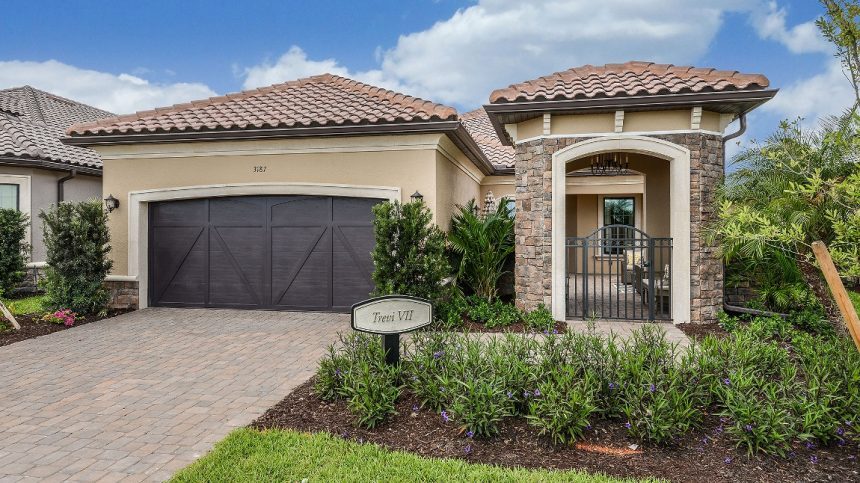 Estero, Florida, is proposing to sprinkler all of its new homes, making it the first independent Florida fire district with a sprinkler mandate for single and two-family new home construction.

Estero Fire Rescue commissioners decided at an Aug. 11 meeting to move forward with a requirement that sprinkler systems be installed in all new single- and two-family homes in the Naples-area community.

The decision follows the successful implementation of sprinklers in a high-end local subdivision, where Taylor Morrison constructed 90 fully sprinklered homes at Pebble Pointe at The Brooks.

Commissioners gave the go-ahead to send out more than 14,000 letters notifying homeowners about the proposed rule. The board set public hearings for Sept. 15 and Oct. 13, the Naples Daily News has reported, and if the commisioners approve the change, the new rules will go into effect.

Vanderbrook cited safety concerns and a nationwide movement toward requiring sprinklers as reasons for the proposed rule.

“This is the trend,” Vanderbrook was quoted as saying in the Daily News. “California did it to the entire state in 2012. Maryland. Some of the Virginia areas. So it’s the way it has to go.

“It’s just another preventive thing that we need to do as we move forward.”

Fire Marshal Phillip Green said the proposal has been in the works for a little over a year and getting it to the board required the district to undertake an economic impact study and offset the costs of installing sprinklers by waiving certain fees.

“No inspection fees. No permitting fees. No plan review fees,” Green told the Daily News. “And we will not charge any fees for the hydrant flow test that they need to design the sprinkler system. That is about $300 that we normally could collect.”

Green said he believes that it would cost a developer $1.6 per square foot to install sprinklers, but added that he expects that number to go down as more people put in sprinklers.

“We also have a list of development trade-offs that we will offer for entire subdivisions that are sprinklered,” Green said. “Some things like being able to space the hydrants out a little further, smaller water lines and things like that.”

Although Vanderbrook and Green said they expect local contractors and developers to oppose the requirement, some industry professionals don’t think the increased cost is significant.

“From a builder’s perspective I don’t think it’s a deal breaker,” Jeff Maas, CFO of Bonita Springs-based EnviroStruct and president of the Estero Chamber of Commerce board of directors, told the Naples News. “I certainly think that can be absorbed.”

“The vast number of people that are killed in fires in the United States are killed in their home,” Green said. “I think that’s outrageous. That’s unforgivable when a cost-effective technology is available that can save their lives.”

Not surprisingly, the National Fire Protection Association (NFPA), which advocates for residential sprinklers, is enthusiastic about Estero’s decision.

It reports the successful sprinkler installation at the Pebble Point project.

Initially hesitant to include this life-saving feature, homebuilding company Taylor Morrison was eventually persuaded by expedited inspections and lower insurance rates that will offset the installation cost over time.

“With the benefits of personal safety and a discount in insurance, it really is a win all the way around,” Taylor Morrison sales representative Dawnn Dollar told the Daily News. “With as many seasonal homeowners as we have here, [the sprinklers] really served to be a piece-of-mind thing. We’ve had a positive response to it.”

Estero’s fire safety officials are banking on an ordinance to bolster these “wins” throughout the town while tackling its home fire problem. The news story reports that an economic impact study commissioned by Estero Fire Rescue concluded that Estero has a high percentage of elderly living in expensive homes. Therefore, notes the study, fires there will lead to more deaths, injuries, and damage than what’s statistically seen across the state or U.S.

Home fire sprinklers, notes the study, have the ability to “reduce fire fatalities from 25 expected deaths per 10,000 fires to less than five deaths,” states the news report. Since many of Estero’s homes are new and likely built with lightweight construction materials that burn hotter and faster than traditional lumber, sprinklers can rapidly cut the risk of fire death or injury.