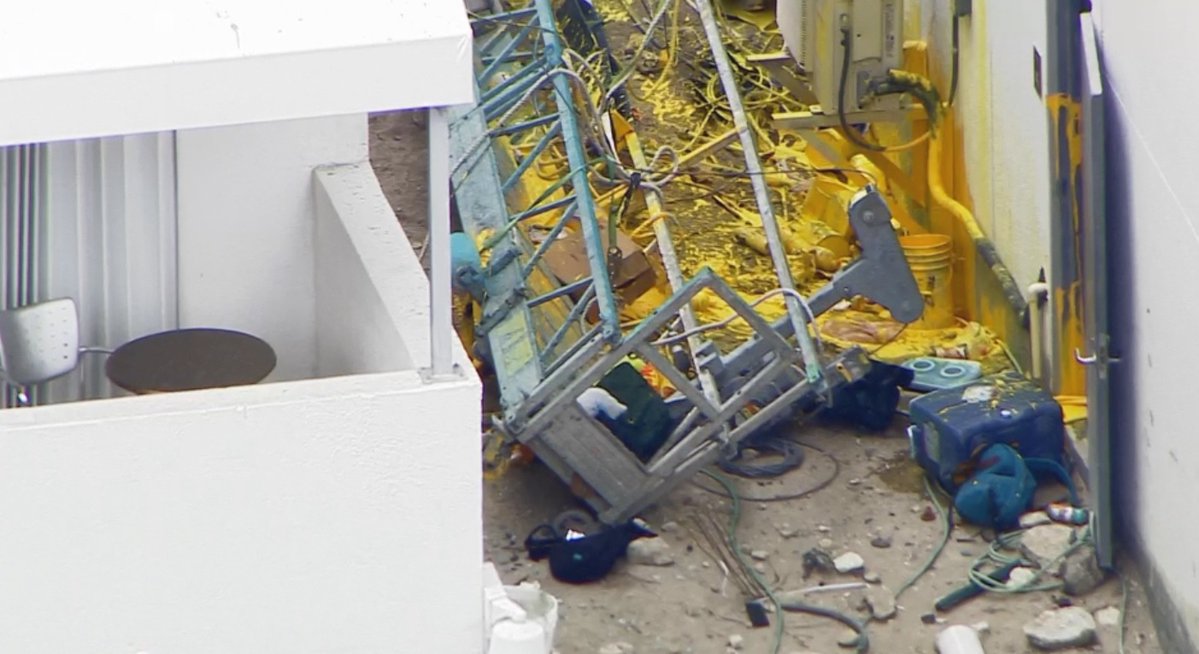 One person is dead and two are injured following a scaffolding accident at the Hyde Resort & Residences Hollywood Beach construction site on Oct. 24.

The accident marks the second in one week for general contractor John Moriarty & Associates, following an incident at Echo Brickell in Miami where one person was left dead and five people injured after scaffolding and building materials fell, The Real Deal has reported.

Both construction sites have been shut down.

Around 1:30 p.m. Monday, artists were left hanging in Hollywood Beach after their swing stage scaffolding collapsed from 40 feet above the ground at Hyde Resort & Residences near Hallandale Beach Boulevard and Ocean Drive. Three men were painting a mural on the building’s facade, and scaffolding on the ground showed yellow paint splatter.

The painters, who were all wearing harnesses, were hired by artist Douglas Hoekzema to paint the mural on the building, at 4111 South Ocean Drive, according to the Miami Herald. No construction workers were injured.
Hoekzema, of Boca Raton, and Jonathan Olsen of Miami were the two injured artists. Raymond Brown, Hoekzema’s assistant and a Perez Art Museum Miami employee, was killed.

The developers – Related Group, Fortune International Group and SBE – confirmed late Monday afternoon that it was a section of scaffolding that had fallen. “Security and safety are, and always have been, a priority at every one of our construction sites, and an internal investigation of today’s events is underway,” Eric Fordin, vice president of the development group, said in a statement. “We are deeply concerned and send heartfelt thoughts to the individuals involved and their families.”

Construction is nearly completed at the beachfront 40-story, hotel and condo tower. Its subcontractor is Indeco Finishes of Florida and the equipment provider is Sunbelt, according to John Moriarty & Associates.

“We are working closely with OSHA and city officials to pinpoint the causes, while conducting our own comprehensive investigation. Security and safety are paramount to us. Active job sites are high-risk environments, in spite of the most stringent safety precautions,” John Leete, John Moriarty & Associates executive vice president, said in a statement. “Above all, our thoughts and prayers remain with the families of the victims and their loved ones at this time.”