Construction has started on the massive $2.3 billion I-4 Ultimate project in Orlando, with the prospect for record-breaking economic spin-offs, including more than $250 million in opportunities for disadvantaged and small business organizations.

“As Florida’s largest transportation project ever, and the largest public-private partnership in the US market to date, the I-4 Ultimate is demonstration of how P3s can solve critical infrastructure needs and how Skanska can be part of the solution,” says Johan Karlström, CEO and president of Skanska, one of the private equity partners belonging to the I-4 Mobility Partners team, which won the 40-year contract last year after a competition with three other consortiums.

See this link for information about I-4 Ultimate subcontracting opportunities.

The project encompasses rebuilding 21 miles of the key north-south interstate highway through the area of some of the U.S.’s most prominent tourist attractions, along with other central Florida businesses, industries and residences.  It includes four tolled lanes using the new model where tolls are dynamic, and increase or decrease depending on traffic volume. (Florida Department of Transportation (FDOT) will retain the toll revenue, while the consortium will be paid an access maintenance fee, called an Availability Payment, through the project’s multi-decade lifecycle.) 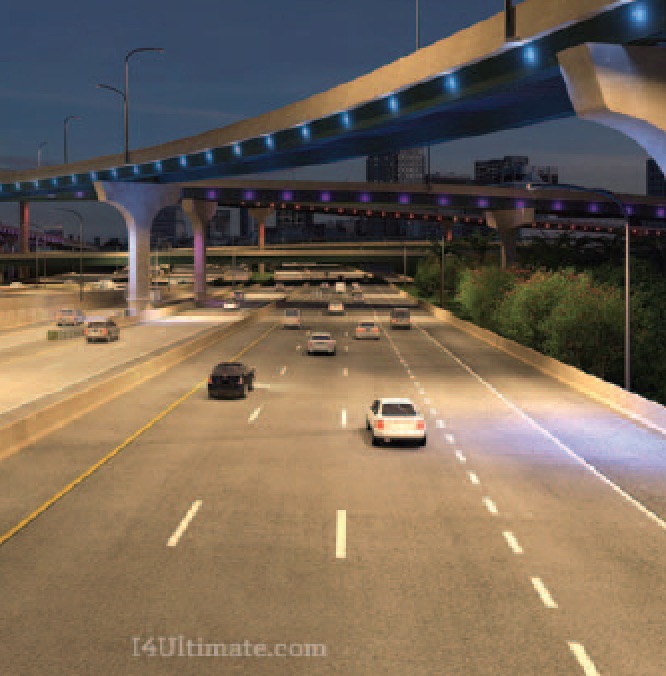 In part because the highway travels through the highly population central Orlando area, it has complex infrastructure requirements, with limited construction room – and there will be special challenges in minimizing local disruption during the lengthy construction cycle, which is under 6.5 years.

There are, for example, some 140 bridges, including 56 new ones (including a new major pedestrian crossing), 68 replacements, and 13 modifications, and 15 major interchanges will be reconstructed.

FDOT says the P3 model will shave about 20 years off the schedule of building the road through conventional procurement methods. It also says the approved proposal’s cost is approximately $860 million less than the highest competitive proposal received by the FDOT.

David Parks, the I-4 Ultimate public information officer, says much work will be created for local subcontractors and suppliers.  He said SGL has a quota of nine percent for disadvantaged business enterprises and three percent of the contract value for small business enterprises. 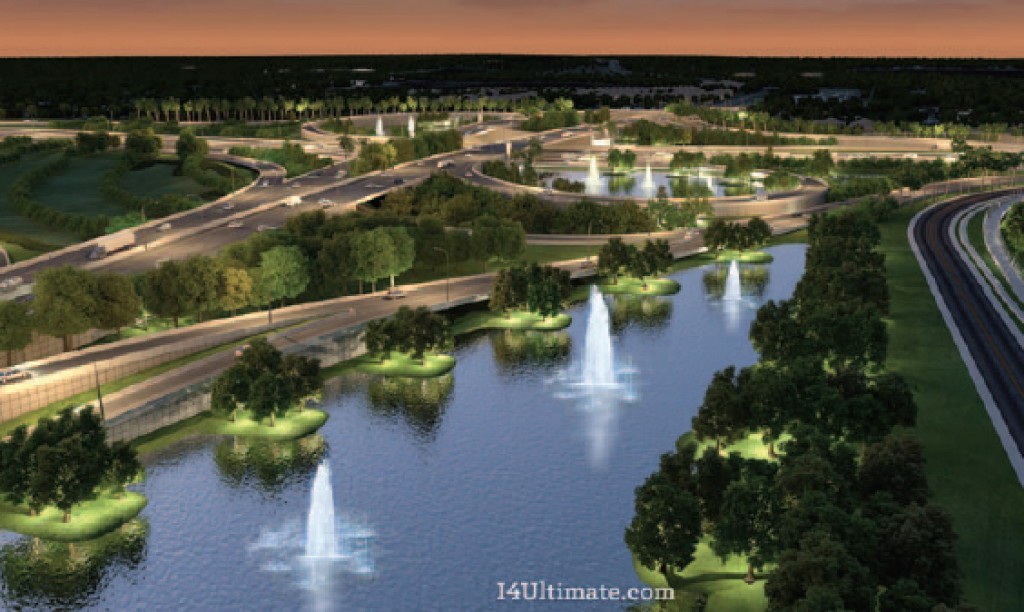 With the project’s scale, that translates to $250 million in opportunities, he said. (As well, SGL has committed to hire and train 250 construction workers who might otherwise not be able to work in the industry, and is facilitating bonding information programs for small businesses who might not presently qualify for surety coverage, he said.)

“This is a design-build job,” Parks said in a phone interview from the project’s 42,000 sq. ft. headquarters in Maitland, one of approximately 160 people working in the head office. Overall, once construction fully ramps up, there will be upwards of 2,000 employed on the I-4 project including “individuals on the project, designers working at various offices around the country, and individual craftsmen in the field,” he said.

The project features dynamic tolling on two new center lanes in each direction. In this model, tolls vary depending on the level of demand and traffic congestion – the idea is to set the tolls at a level to encourage traffic to move through the interstate toll lanes at 50 miles per hour.

The Express Lanes model has been used for I-95 in Miami, 595 in Ft. Lauderdale and in other US states, where there have been varying reports of success in managing congestion. In some cases, despite increasingly high tolls, the roads are still blocked at peak traffic times or when there are crashes.  However, Parks and FDOT spokesperson Steve Olson says potentially high tolls should not be an extreme problem – for example, if one stretch is congested, drivers will be able to leave the toll road after the congestion, avoiding the need to pay the maximum toll for the full length of the Express Lanes.

More significantly, while the FDOT doesn’t see the toll revenue as a windfall revenue opportunity, the money will flow into the state, not the private partnership, which will be paid instead for maintaining and ensuring highway access through the 34 years following construction.

Although few would think of interstate highway construction in environmentally responsible terms, Parks and Skanska say the project in fact has been designed with sustainability in mind. 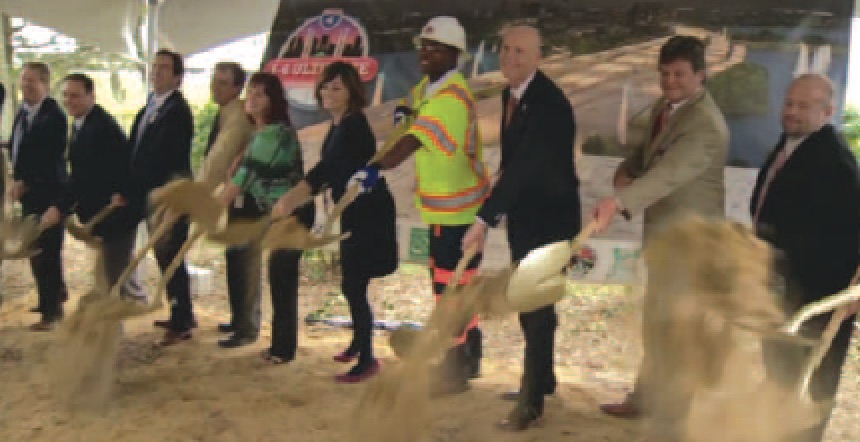 Skanksa says on its website that “our team committed to achieving the highest standard possible under Envision, the leading infrastructure sustainability rating system for infrastructure projects,”

“I-4 Ultimate will be one of the first projects pursuing this certification, that it’s the largest to be doing so, and that our team is targeting Platinum certification all makes this very significant,” the company says.

Envision has five areas for points:  quality of life, leadership, resource allocation, natural world and climate and risk.  To achieve this standard, the contractor will apply construction best practices including reusing nearly all waste materials and balancing earthwork operations so excavated materials can retain on site.  “The lifecycle thinking inherent with P3s also provide us with important points, as does using a customized version of Skanska’s environmental management system.”

Parks says when the project is complete, it will be a “signature corridor” – with a “landscaping package that works out to more than a million dollars a mile, resulting in a visually appealing and more functional drive.”

Meanwhile, FDOT’s Steve Olson says the I-4 project is just the beginning of major highway improvements in central Florida.  Plans are under-way for a $1.3 billion (in current dollars) roadway improvements (to the east and west of the Ultimate I-4, along with two sections to the north, extending into nearby Volusia County  and four sections to the south, extending to US 27 in Polk County.

At present, this extension has been planned as six different projects, under the umbrella title: “Beyond the Ultimate” and the Project Development and Environment (PD&E) portion is in the process of being   completed.  Olson says FDOT hasn’t decided whether to structure the additional work under a new P3 or to build it conventionally.