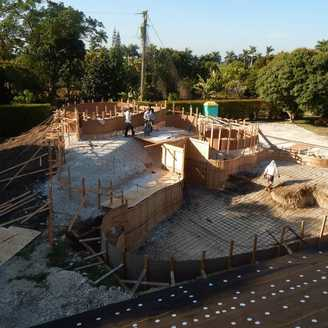 BuildZoom, which describes itself as the intelligent marketplace for remodeling and construction services, announced that it launched its new Remodeling Index.

The BuildZoom Remodeling Index shows that permitted remodeling activity in Miami and Atlanta is well below its pre-crisis peak, while activity in New York and Seattle has surpassed it.

“Drawing upon the company’s database of approximately 45 million building permits from sources across the United States, the BuildZoom Remodeling Index tracks changes in permitted residential remodeling and maintenance activity in several major metropolitan markets on a monthly basis,” according to a news release.

According to the Remodeling Index, September saw a 5.57 per cent increase month-over-month in residential remodeling activity in Miami after adjusting for seasonality. Year-over-year, however, the index shows a decrease of 7.74 per cent.

Despite recent increases, Miami is still 55.11 per cent below the peak it experienced before the housing market crash. At its lowest point, permitting for residential remodeling in Miami had fallen by approximately 60 per cent from its pre-crisis high.

The slow recovery of residential remodeling is not unique to Miami. Atlanta for example is experiencing a similar sluggish recovery.

“We believe that the BuildZoom Remodeling Index, in tracking remodeling and maintenance of the existing housing stock, will provide a valuable new source of information to improve understanding of the housing market, a critical component of the economy, ”stated IssiRomem, Chief Economist for BuildZoom.

“In a city like Miami, for example, whose metro area is highly constrained with respect to the supply of land for new construction, much of the action is bound to be in the upgrading and re-purposing of existing real estate. At BuildZoom, we are hoping to shed light on this aspect of the housing market, which has largely remained hidden until now, ”Romem added.