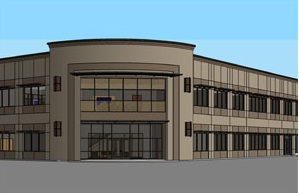 Nine months of design work is complete, and now A M King Construction has broken ground to start construction on a new ALDI, Inc., regional distribution center in Royal Palm Beach, Florida, the company says on its website.

“ALDI approached A M King Construction about designing and building its new distribution center because of our proven track record of delivering for the company,” said A M King’s Matt Miller, project manager for the Royal Palm Beach project. “This project includes storage space for both cold and dry goods, as well as accessory and office spaces. It’s a large undertaking, but I’m confident we’ve assembled the right team to deliver what ALDI needs.”

When complete, the distribution center will include nearly 180,000 sq. ft. of cold storage space, nearly 450,000 SF of dry warehouse space and nearly 40,000 sq. ft.  of additional office and accessory space.

“Despite this being such a massive project,”we know we have the tools to uphold the high standards of both A M King and ALDI,”  A M King Construction superintendent Mark Mullinax said in a posting on the contractor’s website. “It will take time, though. We’re set to break ground in June 2013, and expect delivery to the client in December 2014.”  (An article published in the Orlando Sun-Sentinel on Aug. 31 sets the expected completion for January, 2015.)

When complete, the nearly 750,000-sq. ft. facility will employ 150 people. It will serve ALDI grocery stores across southern Florida.

The contractor, with headquarters in Charlotte, NC, has built other projects for ALDI.