Canada’s Globe and Mail newspaper has published an extensive profile of Florida’s Jorge Perez — and his rebound, along with rest of the Florida real estate and construction market.

“They say the bigger they are, the harder they fall, right? That’s true. So we fell,” the newspaper quotes Perez, 63, as saying.  “You’re God’s gift to the world, you’re the golden boy – and then nobody wanted to talk to me. You go from being the hero to being the goat.”

The newspaper says Perez’s firm — Related Group -– has more than 40 projects in the works in the region. “Next month, the company will complete its first condominium built since the crash, a sold-out tower in Miami,” the story says. “In the past two weeks alone, it announced two more brand-new condo projects.”

Perez’s story is echoed by others.  Following the real estate boom, things crashed, reportedly hitting bottom in 2012, and now “the US housing market is mounting a comeback,” the newspaper says.

However, builders have learned lessons from the previous crash.

Already, the real estate recovery has provided a concrete lift to Mr. Perez’s fortunes: Earlier this year, he returned to the annual list of billionaires compiled by Forbes magazine, his first appearance there since 2008.

“Most guys in his position would have gone under,” said Jack McCabe, who heads a real estate research and consulting firm in Deerfield Beach, Fla. “Now he’s back and primed and ready to go – and may end up being bigger than he was before.”

The Globe and Mail story continues:

When the housing market in South Florida collapsed, it was common to hear predictions that it would take 10 or 15 years to work through the glut of properties built prior to the crash. It didn’t turn out that way.

In Miami and elsewhere, the rebirth of the housing market has had an untraditional midwife: investors. Across the country, an array of players – private equity firms, hedge funds, wealthy individuals – have snapped up properties at rock-bottom prices, which helped put a floor under the market at a time when regular buyers remained fearful.

Miami is a turbocharged version of what happened nationwide: From their peak in 2006 to their nadir in 2011, home prices in the city fell 51 per cent, S&P/Case-Shiller figures show. Since then, they have risen 17 per cent to levels equivalent to what prevailed back in 2003.

For now, housing remains a relative bargain. Jed Kolko, an economist at Trulia Inc., an online real estate site, noted that U.S. home prices are about 7 per cent below fair value, judging by their historical relationship with personal income and rental rates.

Of course, there is no shortage of reasons to worry, the Globe and Mail reports. “Mortgage rates are rising, though over all they remain low. Land prices have spiked, suggesting a return to speculation in some parts of the housing market. The investors who have piled into real estate will not wait forever to realize a return, creating a sizable contingent of future sellers.” 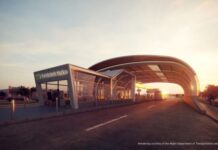 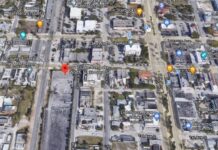 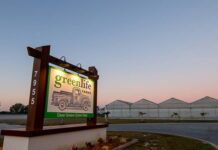