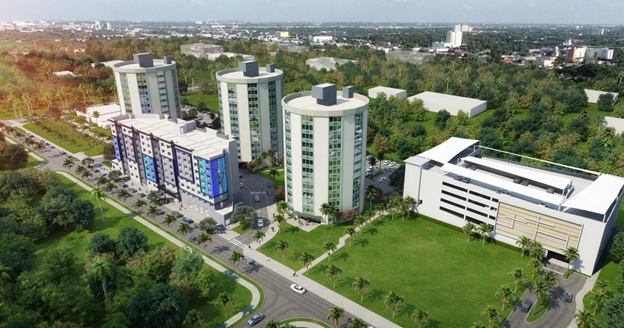 Related Group and Miami-Dade County have broken ground on Three Round Towers B&C/Brisas del Este in the Allapattah neighborhood.

The 383-unit project involves the rehabilitation of two existing towers and the creation of an adjacent new construction building, reports Multi-Housing News Online.

The existing Three Round Towers development was built in 1970 on a roughly 7-acre site at 2920 NW 18th Ave.