The 2017 Epcot International Food & Wine Festival begins August 31. Disney has already filed permits related to this year’s event. The permits are for providing labor, materials and electrical supplies for the construction of the Global Marketplace kiosks. This year there will be a reported 30 kiosks including “Scotland, New Zealand, Ireland, Belgium, the Caribbean, Patagonia, Brazil and two other kiosks called ‘Chocolate’ and ‘Sustainable Chew.’”

See the permits in detail here (from Orlando Business Journal)

Another permit titled “CB Area Development” hints at Disney’s work to revamp the Caribbean Beach Resort. The permits don’t share too much about what the work entails, but Disney has announced it is working on new plans for the resort.

In February, Disney announced the Caribbean Beach Resort will get new additions to its Centertown marketplace that includes new waterfront dining and shopping areas. That announcement also mentioned Disney’s Coronado Springs Resort is expected to get a new 15-story, 500-room tower added “over the next two years,” said the Disney Parks Blog. 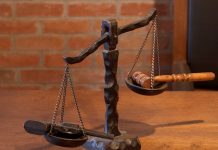