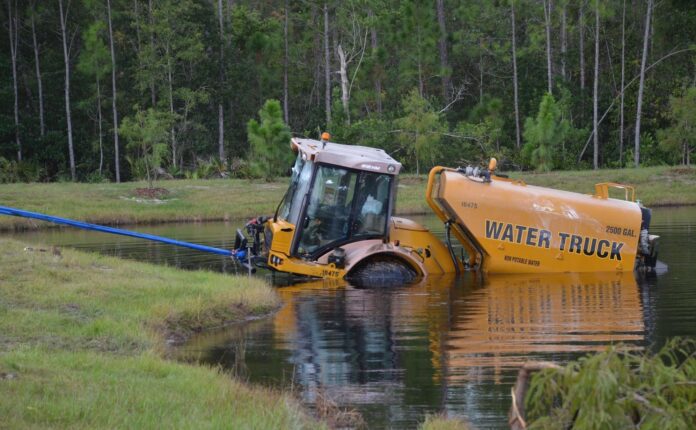 A spokesperson for the county’s sheriff’s office said officers  started getting an increase in vandalism complaints on Nov. 5 at partially built homes and construction sites in the area of Ridge View and Serenoa Lakes neighborhood in Clermont, clickorlando.com reported on Nov. 30.

Lt. Fred Jones  said the group left behind a trail of destruction. “They did a lot of damage within about a minute of time,” he said.

Photos of the vandalism show busted-out windows, cinder blocks smashed out of walls and heavy machinery submerged in a pond.

“I would say multiple scenes, so multiple houses were damaged, in one neighborhood under construction I want to say there were about 10 houses that were damaged,” Jones said.

The criminal investigation bureau took over the case and started patrolling the area when they got a break.

“It just so happened the detective was there about five hours when he saw a car pull up and everything unfolded there when they kicked in the door of another residence,” he said.