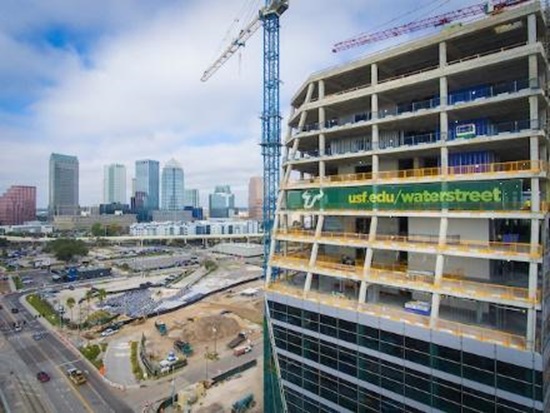 The Board of Governors Facilities Committee has approved a request by Public Education Capital Outlay (PECO) that will give the University of South Florida (USF) an additional $14.6 million to help complete the Morsani College of Medicine and Heart Health Institute in downtown Tampa.

At the October meeting, USF president Judy Genshaft and senior vice-president David Lechner requested the $14.6 million for Morsani and more than $9 million to help finish the build-out of lab space in the Interdisciplinary Sciences building on the Tampa campus, The Oracle reports.

USF has already received about $97 million in state funding for the Morsani project, covering about 87 percent of the total requested state funds of $112 million, according to university spokesperson Adam Freeman.

The 395,000-sq.-ft. Morsani College of Medicine and Heart Institute broke ground in August 2017. The project team includes Hammes Co. as the owner’s representative and Skanska/HOK as the design-builder.

Slated for completion in late 2019, the institute will be in close proximity to Tampa General Hospital, and a short walking distance from the USF Health Center for Advanced Medical Learning and Simulation.