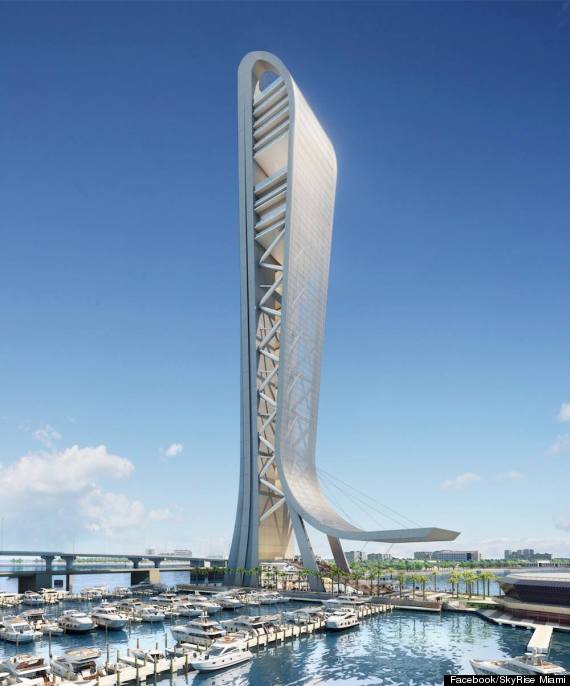 The tallest building in South Florida will be built in downtown Miami, reports CBS Miami.

The building, called SkyRiseMiami, is expected to be 1,000 feet tall, making it the second tallest tower in the United States after the 1,148-foot Stratosphere Tower in Las Vegas, according to the news report.

SkyRise Miami, which will be located right by Bayside Marketplace and the American Airlines Arena, is expected to include a flying theater, a sky Plunge, a 10 seat – 800-foot sky drop and a 600-foot controlled bungee jump.

In addition, it is expected to house multiple observation decks, a fine dining restaurant, an elegant 500-seat ballroom, meeting and board rooms, and several clubs and lounges.

The team for the tower includes the design team of Arquitectonica and contractors for the World Trade Center, Coastal Construction and Tishman.

The project would still need to be approved, but it does have support from Miami-Dade Mayor Carlos Gimenez.

The project is expected to break ground in spring of 2014, with completion expected in 2017.