With federal and state transportation funding flat or even falling, the N.C. Department of Transportation has many more projects planned than cash to build highways, widen roads or build bridges.

But officials in southeastern North Carolina have no shortage of regional transportation projects they would like to see come to fruition, even if they know it will be a challenge for many of them to see the light of day.

“You always shoot for the moon,” said Sen. Bill Rabon (R-Brunswick), who is on several transportation committees. First, he wants completion of every project that has been started, such as the Interstate 140 bypass and the Hampstead bypass/Military Cutoff Road extension. He would also like to focus on the completion of improvements on U.S. 74 between Charlotte and Wilmington, the widening of U.S. 17 along the coast and the widening of N.C. 87 between I-95 and U.S. 74/76.

“The need is to move major corridors forward because that’s all about moving people and freight,” Rabon said, noting that’s good for individuals, agribusiness, tourism, port traffic and other needs. He also said bridge projects need to be completed. “The rest,” Rabon said, “is to make sure that everything we do and everything we spend our money on is driven by data and not by politics.”

Rep. Susi Hamilton, D-New Hanover, said her top priority is restoration of the rail line between Castle Hayne and Wallace. The DOT is studying the financial feasibility of restoring the line, specifically looking at what kind of capacity is needed on the abandoned line to accommodate freight traffic. Hamilton and Wilmington Mayor Bill Saffo mentioned the proposed Cape Fear Skyway as a major project that needs to move forward to keep traffic moving. 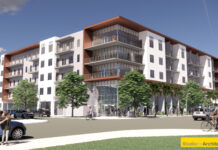