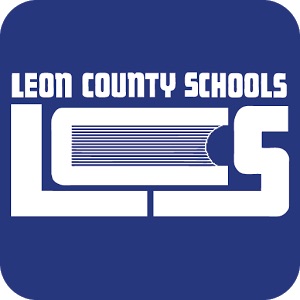 State lawmakers have unanimously approved the follow-up audit of Leon County Schools, which will trigger another review of the district’s governance of prior construction projects, The Tallahassee Democrat reports.

“Auditors will also determine whether superintendent Jackie Pons and his administration implemented enough corrective actions to remedy the 28 separate findings cited on a 2014 Auditor General report. The state had found that LCS skirted statutes by bypassing the competitive selection of construction managers and architects for major school projects and mismanaged the selection of subcontractors,” the newspaper reported.

“I am absolutely concerned with the way (contracts) were manipulated,” said Rep. Dan Raulerson, R-Plant City, alternating chairman of the Joint Legislative Auditing Committee. “I want follow through on that — I want that question answered. I am livid over that.”

The newspaper says that David Winialski, legislative assistant to Rep. Erik Fresen, R-Miami — who chairs the Education Appropriations Subcommittee — delivered the request to committee members on the representative’s behalf.

The newspaper has reported that major construction projects at a half-dozen Leon County Schools were split into smaller contracts over the past several years to avoid a competitive-bidding process, with millions of dollars going to companies that have contributed to Superintendent Jackie Pons’ political campaigns, according to school-district documents.

In all cases, Pons recommended approval of the contracts, which each came in just under a $2-million threshold in state statute that would have triggered competitive bidding. All of the contracts were approved as part of the School Board’s consent agenda, where routine items appear requiring no discussion or debate.

However, an earlier review found no indications that Pons benefitted personally from the transactions.

In the more recent written request, dated Nov. 19, Fresen referred to the Tallahassee Democrat’s reporting of the FBI probe into the district’s contract practices, a 2014 Auditor General Report that included 28 separate findings and the spending of $150,000 in legal services rendered by a private law firm to conduct independent investigations of Pons and the School Board. He described the district’s predicament as a “most urgent matter.”

Tallahassee attorney Tim Jansen, who represents two school administrators turned whistle-blowers, district director Rocky Hanna — he could face Pons in the 2016 superintendent’s race — and former Lively Technical Center principal Woody Hildebrandt, spoke at the meeting to recommend the follow-up audit, the newspaper reported. Jansen offered the $500,000 spent “to remove dirt and bring it back” for a gymnasium project at Ghazvini Learning Center as an example of Pons’ mismanagement, the Dec. 1 article reported.

Committee members agreed to re-examine the 28 findings, but would hone the audit’s focus on construction, rather than explore the legality or propriety of attorney fees. The follow-up report will not supersede the district’s scheduled 2017 audit.

If officials found a reason, however, to “expand the scope of their audit, that’s within their purview to do so,” Raulerson explained.

The newspaper in an earlier report said the projects in question included:

The Leon County Schools outlines its current contracting policies and rules on its website, indicating that the policies were revised in 2015, after the projects in question occurred.