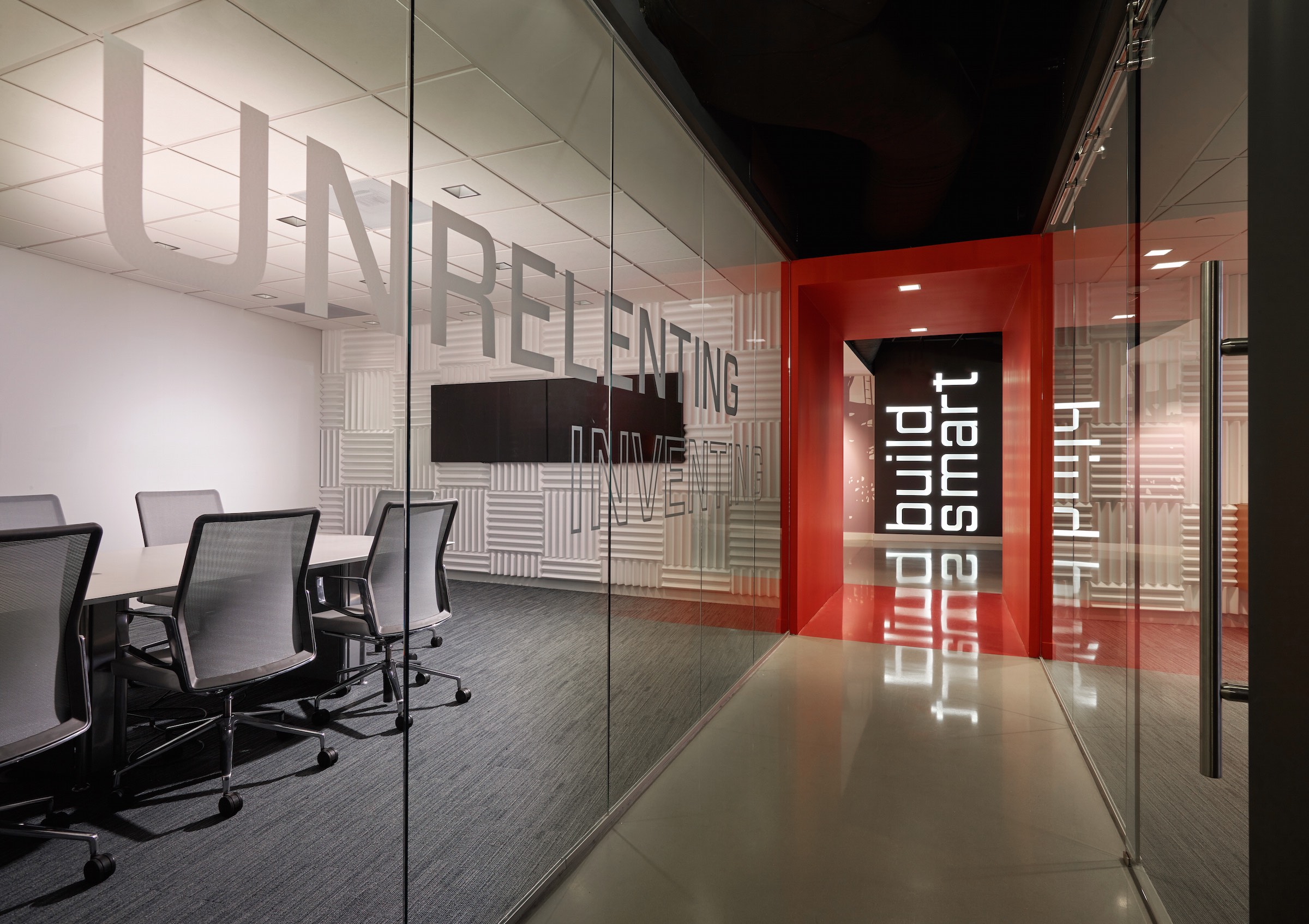 Architecture and design firm Stantec recently completed the workplace interior design for Suffolk Construction’s downtown Miami office. Stantec issued a news release saying it “was tasked with refitting the 15,000 sq. ft. office and transforming it into a space that reflected the construction management company’s ‘Build Smart’ ethos, its innovation, and vibrant team culture.”

“We are privileged to have a long history of working with Suffolk Construction,” said Stantec Miami principal Eric Holland, “When it came time to redesign their office, they knew we would have invaluable insights that would bring their company culture to life.”

“The space was created for maximum flexibility, with an open layout, huddle rooms, and lounge spaces that foster a dynamic team-working environment,” the news release said. “The firm’s staff lounge serves as a focal point for sociability, and functions as an informal meeting and gathering space.”

“The majority of the company’s offices are centrally located within frameless glass fronts. Most of the workstations are positioned along the windows allowing expansive and unobstructed views of the firm’s current and past construction projects throughout the city.”