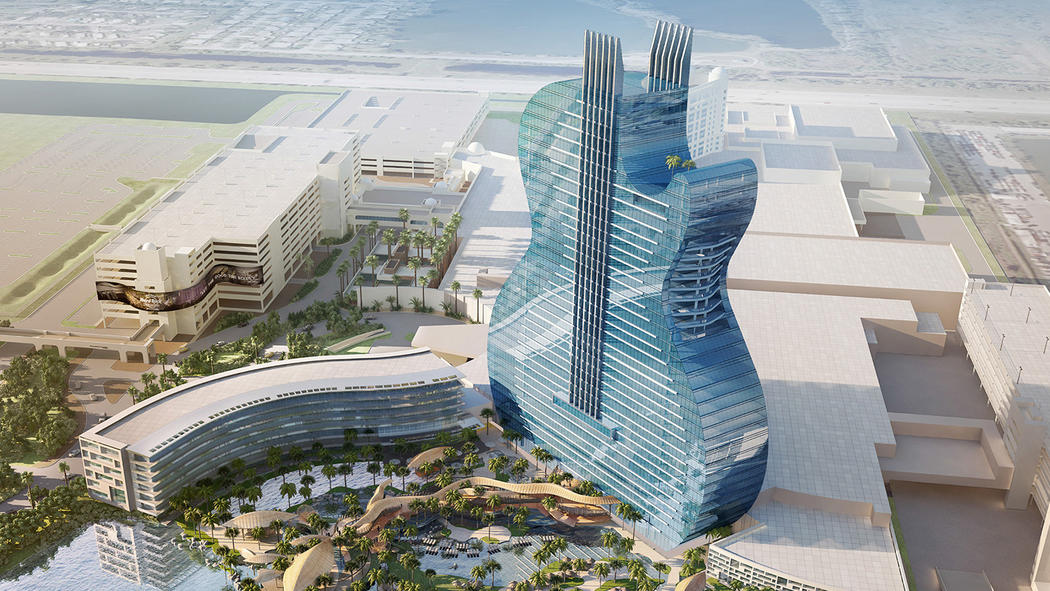 Florida’s Seminole Tribe has announced plans for a $1.8 billion expansion of the Hard Rock Hotel and Casino in Hollywood.

The proposal calls for a guitar-shaped hotel with 800 rooms, according to the Sun Sentinal.

The expansion is contingent on the state legislature’s approval of a deal reached between the tribe and Governor Rick Scott in December. That agreement will generate $3 billion in revenue for the state over the next seven years and grants the tribe exclusive rights to have roulette, craps, and other table games.

The expansion would create 20,000 jobs, according to the Seminoles, with the hotel “trying to create something that is iconic, that creates international tourism coming to Florida,” says Seminole Gaming CEO Jim Allen. This includes cabanas and tikis “submerged in water.”