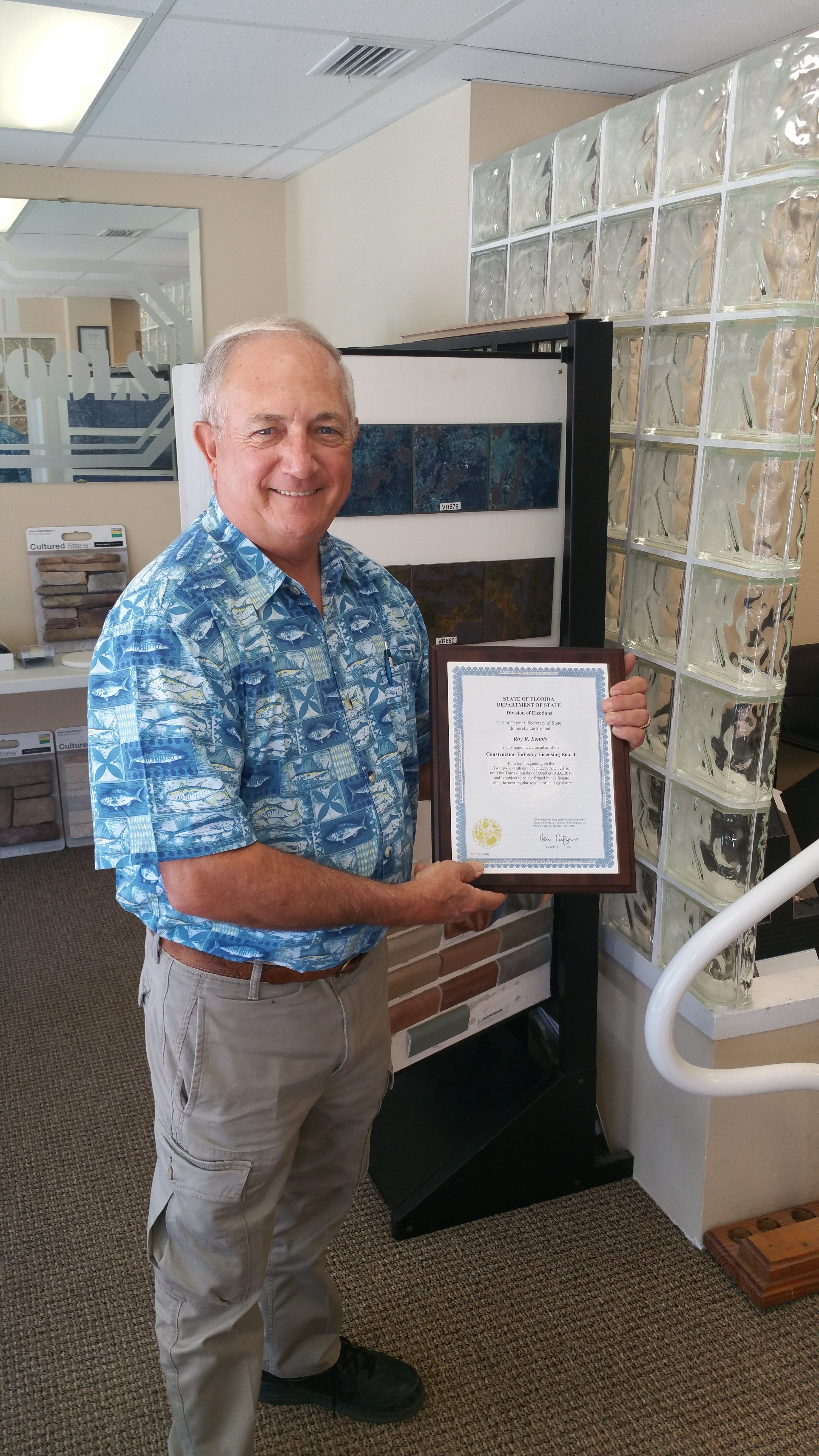 Roy Lenois, owner Artesian Pools in Daytona Beach, has been re-appointed by Governor Rick Scott to the Construction Industry Licensing Board.

In 2008, a lobbyist asked Roy to complete an application to join the board, as there was someone that was unable to finish their term. “The industry had been good to me, and I decided it was time to get involved and give back,” Lenois said in a news release. “The meetings last three days and there is quite a bit of preparation for them, but I know that I am helping keep a high standard of ethics and honesty for the construction industry,” he said. This year marks Roy’s 40th year in the industry.

Roy’s first term in 2008 was two years long, he was re-appointed again in 2010 by then Governor Charlie Christ, then again in 2014 by Governor Rick Scott.

Board meetings are held monthly on the second Monday of each month. The location varies throughout the state, last month’s meeting being held in Jacksonville. There are 18 members on the board from various trades. Board duties include reviewing licensing applications for general contractors, building contractors, residential contractors, air conditioning contractors, pool contractors and more. Board members are also responsible for reviewing disciplinary actions sent from the State Attorney’s Office and administering the Florida Recovery Fund. All meetings are open to the pubic, and attendees can earn three CEU credits for attending.