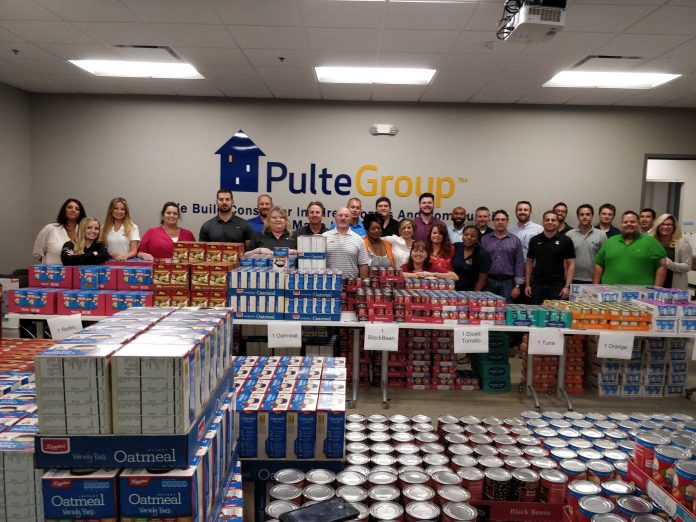 The meals packed by Pulte employees went directly to the Tampa Bay Christian Academy’s summer program which supplies breakfast, lunch and dinner to those in need.

According to recent data, more than 700,000 people around Tampa Bay lack consistent and easy access to safe and nutritionally adequate food.

“It has always been a top priority for us to give back to the community in which we live and work,” Sean Strickler, president of Pulte’s West Florida division, said in a statement. “We support the mission of Feeding Tampa Bay and look forward to a continued partnership that helps support those in our community who are in need.”

The Pulte team created food packages that included non-perishable items like: oatmeal, tuna, and pasta, plus canned fruits and vegetables.