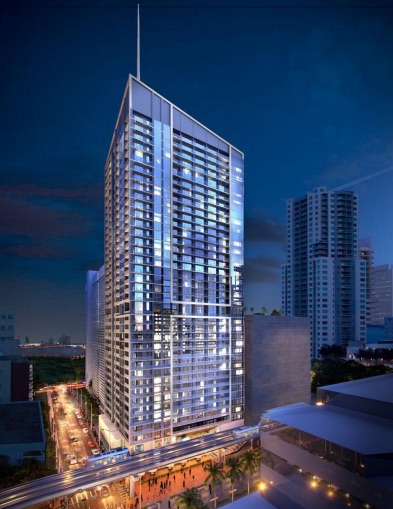 Property Markets Group has been awarded an $80 million construction loan from Centennial Bank to begin work on a 464-unit apartment tower in downtown Miami.

The developer had previously called the project at 243 N.E. 3rd St. ‘Vice,’ but reports say it might change the name. The project is being marketed as a micro-unit project with smaller apartments and amenities that would appeal to young professionals.

South Florida Business Journal reports that part of 2-acre site at 300 Biscayne Blvd. that PMG acquired for $80 million in late 2014 resulted from a receivership case. The previous owners, Maurice and Leon Cohen, had planned to build twin 93-storey buildings on the site called Empire World Towers. The two though were later convicted for tax evasion and defrauding French banks.

PMG eventually plans to build condos on the eastern portion of the site, but will start with the apartment component. As part of the deal, PMG acquired additional land for $22 million and received a $30 million preferred equity investment in the project from Square Mile Capital.

“We are excited to have secured financing from Centennial and Square Mile and to begin construction on our first rental community in South Florida,” said Shear, a principal of PMG. “Miami is in dire need of a true Class-A multifamily property that meets the needs and desires of the young professionals that are such a critical part of the city’s growth.”

PMG is building a handful of condo projects in Miami-Dade, including Echo Brickell and Muse in Sunny Isles Beach. It has experience with apartments in New York, but this is its first rental building in South Florida. 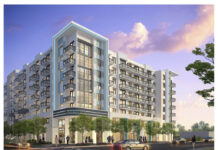