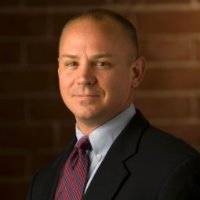 An Orlando-based construction company led by a former U.S. Army infantry captain has landed work with the military as part of a $249 million construction contract, the Orlando Sentinel has reported.

Blue Cord Design and Construction joins three others on a three-year contract for companies to oversee design and build medical and health care projects for the U.S. Army Corps of Engineers.

The renovation and new construction work for Army medical units is nation-wide in scope.

CEO Michael Waldrop said he launched the company seven years ago to provide employment for veterans and the business currently employs 24, more than half of which are veterans.

“I started the business with a purpose and passion to build and grow a small business around veterans,” Waldrop, 41, told the newspaper. “We have been blessed to give job opportunities to vets over the years and it makes us feel great to know we are living up to our purpose in life.”

The work will require more specialized equipment and construction, in active hospital environments, near patients or hazardous materials. As well, the company could be asked to renovate operating rooms or suites.

Other companies on the deal include Herman/JCG in San Diego, Synergy Kirlin in El Paso, Texas, and Doyon Project Services in Washington D.C.