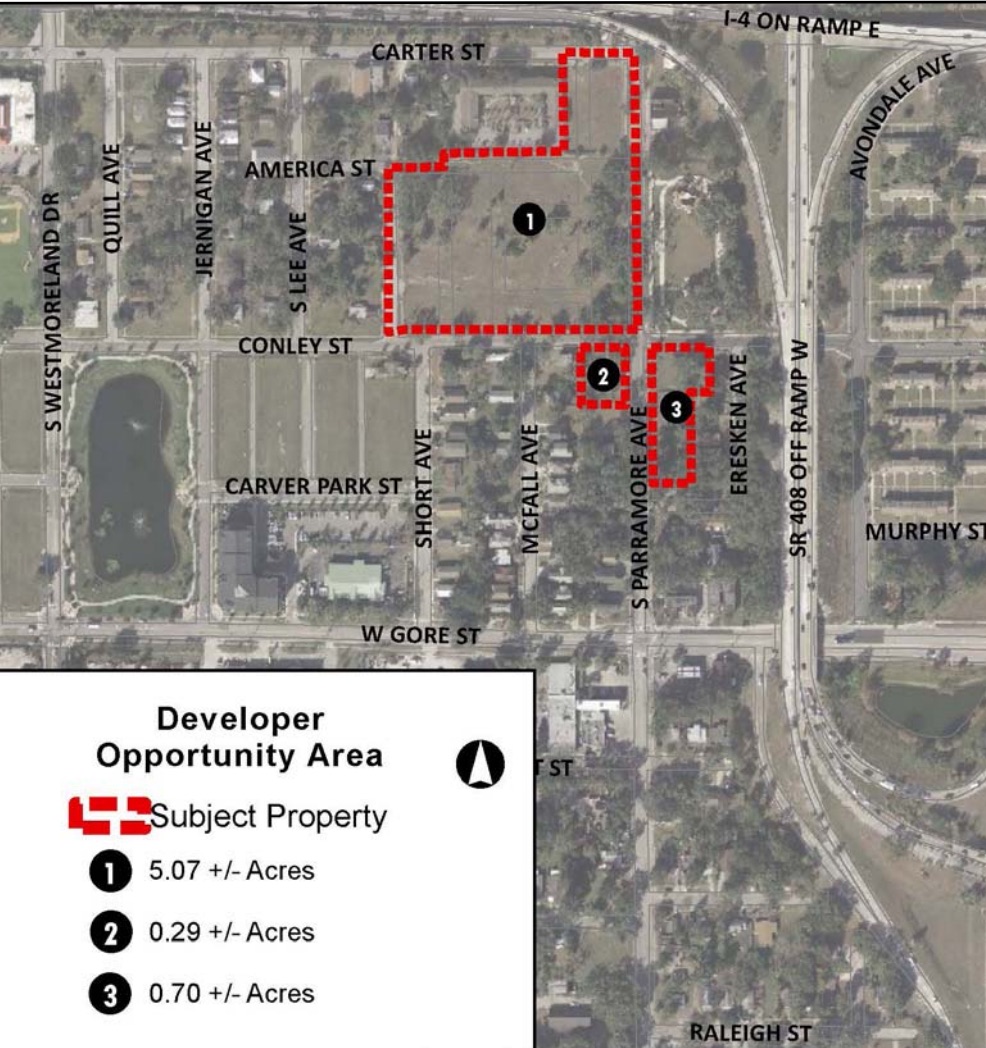 The City of Orlando is seeking developer proposals for a project in the Parramore area incorporating affordable housing, market rate housing and “permanent supportive housing units” for the chronically homeless.

“This redevelopment opportunity consists of three properties located on the northwest, southwest and southeast corner of Parramore Ave. and Conley St.,” the city says in its notification. “Formerly known as Parramore Village, Area 1 is a 5.07 acre site owned by the CRA (Community Redevelopment Agency). Areas 2 and 3 are owned by the city and contain .29 and .70 acres respectively. Collectively the property contains approximately 6.06 acres. All three properties are required to be combined into a single planned development.”

At least one developer’s representatives attending a voluntary pre-proposal conference on Nov. 11 indicated concerns that the area could not support a large proportion of market rate housing.

“The goal of the city is mixed income housing, yet market rents in the area are below affordable rent,” the person attending the meeting said. “Will there be any evaluation penalty for any proposal that recognizes the difficulty of achieving mixed income properties?”

In a published answer, the city said: “As stated in the invitation for proposals, the desire of the City/CRA is to have a mixture of units in the project, and there is a 25 percent minimum affordable requirement, but higher percentages will be considered if proposed.”

Further details about the project are available from the Orlando municipal website.