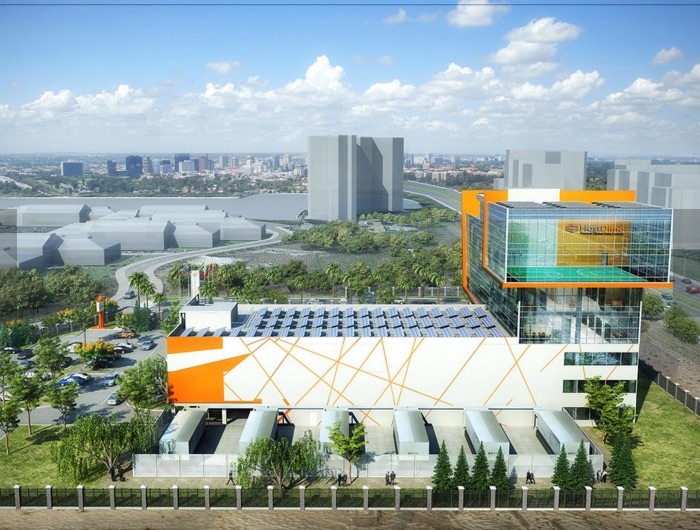 HostDime.com Inc. has released images of its planned $20 million, 88,000-sq. ft.  data center and headquarters to be built on a  five-acre site on the Eatonville/Maitland Wymore Rd. corridor, next to the WESH-TV. HostDime said the land purchase contract with Orange County Public Schools will close before the end of 2015.

The construction of the new building is set to begin in the first quarter of 2016 and expects to be completed by the end of the year.

Orlando-based Baker Barrios Architects Inc. designed  the building, which will feature data center space, private client suites, gigabit Internet access, a sports court and an indoor/outdoor event space on the top floor that will be shared for the local tech community to host events, according to Orlando Business Journal.

“Baker Barrios has designed the state-of-the-art facility with an innovative flair unlike anything in the technology community and the I-4 corridor has seen, ” said Vikki Fraser, HostDime’s director of marketing. “The event space was incorporated with the Orlando community in mind. Orlando has such a thriving tech scene, and we want to be a gathering place for events to facilitate growth in our sector.”

A general contractor has not been named yet, Fraser said.