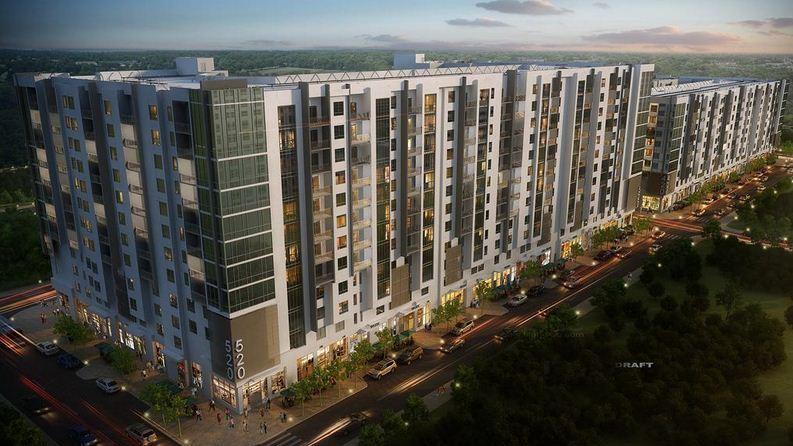 Jefferson Apartment Group, based in McLean, VA, has expanded its concept and proposed investment for a massive complex in Orlando’s South Eola neighborhood.

Earlier, the developer displayed preliminary plans for a $102 million 520 project, with twin 12-story towers, 586 apartments, 5,500 sq. ft. in office space and 18,000 sq. ft of shops and restaurants. The Orlando Business Journal reports the company plans to go before the city’s municipal planning board on Aug. 18 to seek its first approval for the new complex.

Meanwhile, the Orlando Sentinal reports that Thornton Commons LLC owns the land, including Altamont Springs dentist James Katsur, and that the project architect is Baker Barrios.

The developer has nearly completed construction of the neighbouring $42.7 Artisan 420 apartment complex, which it says is the first phase of the overall project.