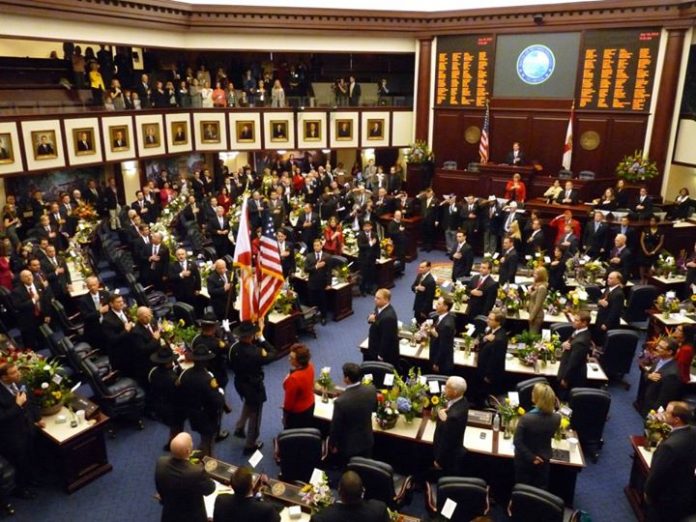 “We also want to thank Gov. Rick Scott for his support of these two pro-business, pro-consumer bills,” chapter president/CEO Steve Cona said in a statement on behalf of 2,500 members of ABC’s Florida chapters.

“With the help of Rep. Jayer Williamson and Sen. Keith Perry, ABC successfully landed House Bill 599 (Public Works Projects), which will promote a more open, honest and competitive bid process for public construction projects where state dollars represent 50 percent or more of the funding. Prior to this bill, local governments could establish arbitrary pre-bid mandates on contractors telling them who they must hire, where they must train and what benefit packages they must offer if they want to bid a job with that entity. For many small businesses, these mandates made it unaffordable to bid on many public projects. Increasing competition will benefit Florida taxpayers as well.”

Cona also reported that “with the support of Rep. Tom Leek and Sen. Kathleen Passidomo, ABC also brought home House Bill 377 (Limitations on Actions other than for the Recovery of Real Property), which helps clarify when and how Florida’s 10-year statute of repose begins to run on a completed project. The statute of repose defines the period in which an owner can sue for alleged construction defects. Previously, some owners and their attorneys delayed (or shorted) making final payment for construction in an effort lengthen the repose period well beyond the 10 years the Legislature had envisioned. This created open-ended liability, which cost the system millions of dollars in abusive lawsuits. House Bill 377 now defines “completion of the contract,” which acknowledges that there are two parties to a deal – the owner and the contractor – and that both have a say in when the 10-year period may begin to run.”