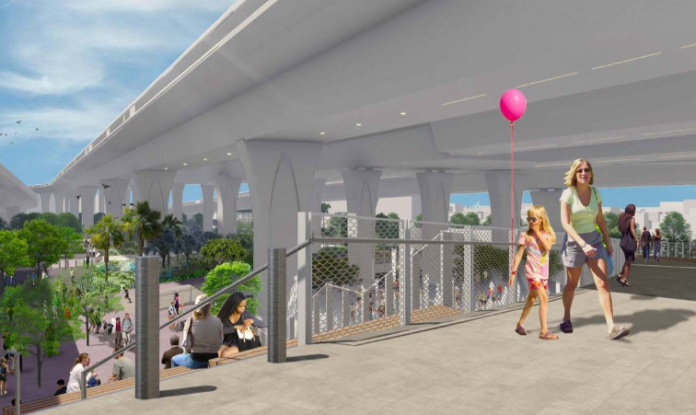 Downtown Miami will develop 33 acres into new public space, part of an $840 million project to expand Interstate 395 to Miami Beach.

The Underdeck is being built under the highway to make the area more walkable and address the division between communities separated by a railway. The project committee is looking for an original name and feed back with an online survey.

The mile-long park will include a pedestrian bridge that goes over the commuter rails that separate Overtown from downtown Miami and will “re-stitch neighborhoods divided by the original interstate road,” officials stated. 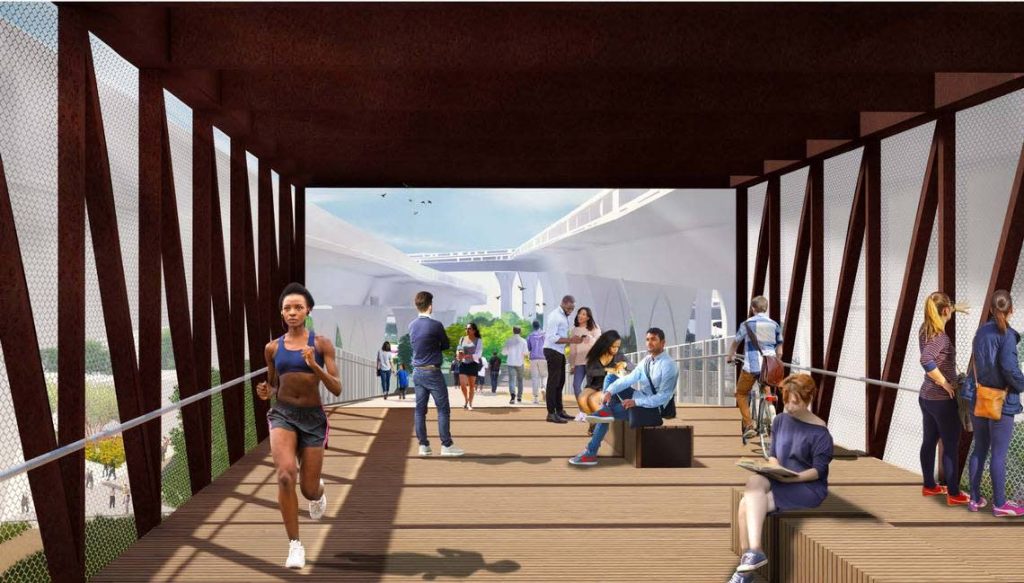 A new signature bridge is being built to replace the existing I-395 highway that goes from Overtown to Biscayne Boulevard. It will be raised significantly higher than the existing road, soaring up to 60′ and providing space for the creation of a “linear park” running a mile underneath and alongside it.

The working title for this has been “The Underdeck,” but a new final name will be chosen soon, a logo designed, and the space branded to welcome our communities and visitors for years to come. It is a joint effort between the city of Miami and the Florida Department of Transportation (FDOT).

In addition to a pedestrian path going through the entire park, The Underdeck concept features an amphitheater, a dog park, a playground, a cafe and an athletic court, according to its website.