At a seasonally adjusted annual rate of $651.2 billion, new construction starts in May throughout the US increased a slight one percent from April, according to Dodge Data & Analytics.

Public works construction bounced back 30% from its subdued April amount, helped by the May start of four large pipeline projects totaling a combined $3.0 billion. This enabled the nonbuilding construction sector (which also includes electric utilities and gas plants) to register a 23% gain in May, offsetting modest 4% declines for both nonresidential building and housing. Through the first five months of 2017, total construction starts on an unadjusted basis were $274.3 billion, down 5% from the same period a year ago. If the volatile manufacturing plant and electric utility/gas plant categories are excluded, total construction starts during the first five months of 2017 would be up 2% relative to last year.

See a complete list of all current and recent FDOT construction contracts.

The May statistics produced a reading of 138 for the Dodge Index (2000=100), slightly higher than the 137 reported for April. During this year’s first quarter, the Dodge Index averaged 152.

“While May revealed slight improvement over April, the pace of expansion so far this spring has generally slowed following the elevated activity in the first quarter,” said Dodge chief economist Robert A. Murray.

“This is consistent with the up-and-down behavior that’s often been present in the current expansion, and a continuation of this pattern means that renewed strengthening can be expected in the months ahead,” Murray said. “On the plus side, long-term interest rates remain quite low, with the 10-year Treasury bill rate easing back to 2.2% even as the Federal Reserve raised the federal funds rate another quarter point last week. Numerous state and local bond measures passed in recent years are providing near term support for public works and institutional building. The expected benefits of a new federal infrastructure program, assuming one gets passed during the second half of 2017, would affect construction activity more in 2018. And, while vacancy rates for commercial building and multifamily housing are beginning to rise, the increases witnessed so far have been generally small.”

Nonbuilding construction in May was $146.9 billion (annual rate), up 23%. The public works categories as a group climbed 30%, rebounding from a 48% decline in April, as the “miscellaneous” public works category (which includes pipelines) soared 166%. The largest pipeline project entered as a construction start in May was the $1.5 billion Revolution Pipeline expansion in western Pennsylvania, which includes a 100-mile natural gas pipeline gathering system that will feed into a new cryogenic gas processing plant. Also entered as a May start were the $690 million Gulf South Coastal Bend Header project in Texas that will deliver natural gas to a liquefaction terminal in Freeport, the $500 million Atlantic Bridge natural gas pipeline expansion in the Northeast (New York, Connecticut, Massachusetts, Maine), and the $300 million Cameron Access natural gas pipeline expansion in Louisiana. Through the first five months of 2017, the dollar amount of new pipeline construction starts totaled $13.8 billion, already topping the full year 2016 amount of $11.6 billion. The environmental public works categories retreated in May, with river/harbor development down 5%, water supply construction down 9%, and sewer construction down 11%. The electric utility/gas plant category dropped 3% in May after its 71% hike in April, with the largest May projects being a $500 million natural gas-fired power plant in Pennsylvania, a $259 million transmission line in California, and a $240 million wind power facility in Texas.

Nonresidential building, at $219.3 billion (annual rate), slipped 4% in May. The commercial categories as a group fell 10%, with office construction dropping 40% following gains of 41% in March and 23% in April. The two largest office projects entered as May starts were the $300 million American Airlines Trinity Campus in Fort Worth TX and the $166 million General Electric Global Headquarters Building in Boston MA. The other commercial categories showed growth in May. Warehouse construction climbed 17%, lifted by the start of a $160 million Amazon fulfillment center in the Houston TX area and an $84 million Fed Ex distribution center in the Worcester MA area. Store construction advanced 16% with the help of a $200 million shopping center shell in Norwalk CT. Hotel construction increased 11%, reflecting the start of a $118 million Hilton hotel in Myrtle Beach SC and a $116 million hotel in Monticello NY. Also contributing was the commercial garage category, which rose 7% in May. Manufacturing plant construction jumped 22% in May, lifted by the start of a $975 million chemical plant expansion in Louisiana, a $385 million polyethylene plant in Texas, and a $120 million research lab upgrade in Colorado.

The institutional side of the nonresidential building market retreated 4% in May. Education facilities, the largest nonresidential building category by dollar volume, dropped 21% after registering a 12% gain in April. Even with the decline, there were several noteworthy educational facility projects that reached groundbreaking in May, including a $100 million science and engineering center at Union College in Schenectady NY, a $93 million engineering building at the University of Rhode Island in Kingston RI, a $76 million dentistry education facility at Texas A&M University in Dallas TX, and a $75 million high school in the Raleigh NC area. Declines were also reported for religious buildings, down 10%; and the amusement category, down 36%; although the latter did include the start of the $127 million Buddy Holly Hall of Performing Arts and Sciences in Lubbock TX. On the positive side, healthcare facilities climbed 38% in May with the help of five projects valued at $100 million or more, led by the $442 million Marcus Tower at Piedmont Hospital in Atlanta GA and a $265 million University of Colorado hospital in the Denver CO area. The public buildings category advanced 51% from a lackluster April, reflecting the start of $125 million detention facility in Phoenix AZ, while the transportation terminal category posted a 23% gain in May.

Residential building was $284.9 billion (annual rate) in May, down 4%. Multifamily housing retreated 10% following increases over the previous two months that saw activity rise 20%. There were seven multifamily projects valued at $100 million or more that reached groundbreaking in May, led by a $450 million multifamily high-rise in lower Manhattan NY, the $200 million multifamily portion of a $240 million multifamily/hotel mixed-use high-rise in Chicago IL, and a $200 million multifamily high-rise in Boston MA. In May, the top five metropolitan areas in terms of the dollar amount of multifamily starts were the following – New York NY, Los Angeles CA, Philadelphia PA, Chicago IL, and Boston MA. Through the first five months of 2017, the top five metropolitan areas were the following – New York NY, Los Angeles CA, Chicago IL, Washington DC, and San Francisco CA. The New York NY share of the national multifamily total so far in 2017 is 18%, up slightly from the 17% share reported for full year 2016, although down from the 25% share reported for full year 2015. Single family housing settled back 2% in May, with its upward track pausing for the third month in a row after showing steady growth during the fourth quarter of 2016 and the first two months of 2017. By major region, single family housing in May revealed this performance – the West, down 7%; the Midwest, down 5%; the South Atlantic, up 1%; the South Central, up 2%; and the Northeast, up 4%. One plus for single family housing going forward is the recent retreat in the cost of financing, with the 30-year fixed mortgage rate slipping to 3.9% in early June, after reaching 4.3% in late 2016.

The 5% decline for total construction starts on an unadjusted basis during the first five months of 2017 was due to a varied pattern by major sector. Nonbuilding construction fell 25% year-to-date, with electric utilities/gas plants down 67% while public works construction was down just 3%. Nonresidential building grew 5% year-to-date, with institutional building up 17%, commercial building down 5%, and manufacturing building down 9%. Residential building year-to-date was flat, with single family housing up 8% while multifamily housing decreased 17%. By geography, total construction starts in the January-May period of 2017 showed this behavior – the Midwest, down 18%; the South Central, down 14%; the Northeast, down 3%; the West, unchanged; and the South Atlantic, up 8%.

Additional perspective comes from looking at 12-month moving totals, in this case the twelve months ending May 2017 versus the twelve months ending May 2016. On this basis, total construction starts were up 3%. By major sector, nonbuilding construction fell 12%, with electric utilities/gas plants down 41% while public works slipped 2%. Nonresidential building increased 14%, with manufacturing building up 20%, institutional building up 16%, and commercial building up 11%. Residential building grew 3%, with single family housing up 7% while multifamily housing fell 6%. 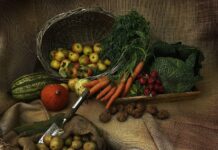 Thanksgiving greetings: What a year! 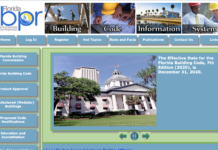