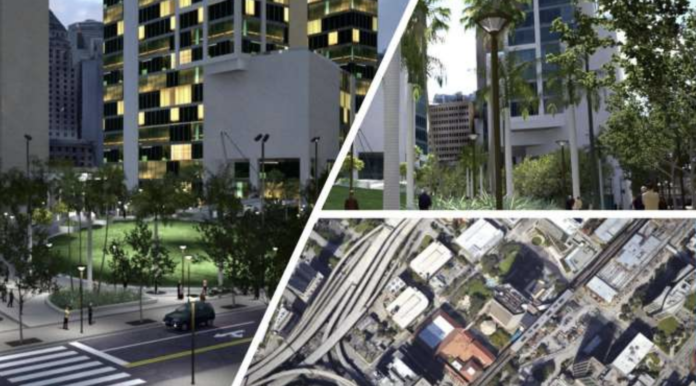 Miami-Dade County has issued a $10 billion request for proposals (RFP) for approximately 17 acres in downtown Miami. The massive project will be developed as a public-private partnership.

A developer is expected to be chosen in 2024, according to the Miami Herald.

The following firms are advisors for the project:

The development site, currently branded as “MetroCenter,” is part of an approximately larger larger 28-acre area which serves as the seat of the Miami-Dade County government Center, directly connected to the Metrorail Government Center Station and external transportation networks, at the center of the Miami urban landscape.

According to the RFP document, the successful developer could be given the right to build up to 23.7 million square feet of mixed-use space on 17 acres. The project could also be approved for “unlimited height and development intensity.”

The county anticipates providing control of the development site to the master developer through a development agreement, with subsequent long-term leases as individual sites are readied for development.

The development site is approximately 17.0 acres and could potentially support between 17- and 23-million sq. ft. of development (including parking), subject to financial feasibility and market demand. The property is zoned Rapid Transit Zone (RTZ) – Government Center Subzone.

It currently serves multiple uses including office space, parking, library, museum, designated green space as part of the Downtown Government Center Master Plan, a daycare, a portion of a larger vita course, and secured surface parking for government officials. These uses shall be provided for in the redevelopment plan.