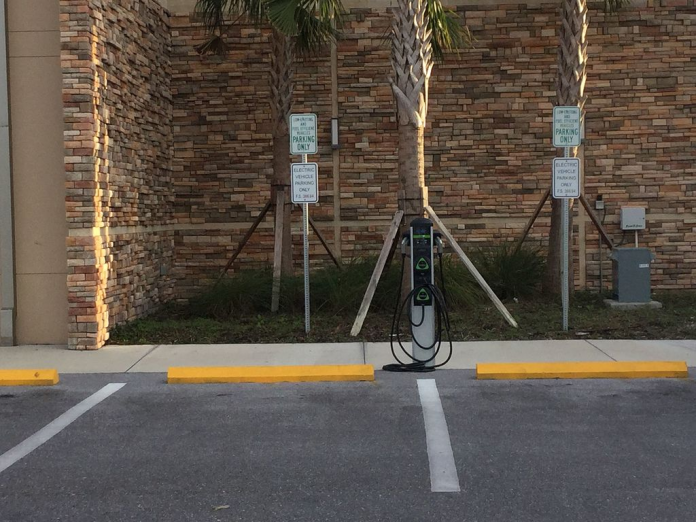 The proposed ordinance, which cleared the transportation committee unanimously on Feb. 13, doesn’t require charging stations, but sets rules that require developers to install electrical systems that would connect future charging spots to the power grid, the Miami Herald reports.

“The proposed ordinance represents the first step at the zoning code level towards addressing the growing number of electric vehicles and the infrastructure needed to support them,” wrote deputy mayor Jack Osterholt. “Implementation of the proposed ordinance would contribute towards achieving resilience goals regarding electric powered vehicles.

The law wouldn’t mandate the stations, but would require developers to install electrical systems needed to connect future charging spots to the power system.  It also woudn’t apply within city limits.  A few other cities require this capacity, including Miami Beach which requires electric-vehicle charging for some projects.

“People say they would love to drive electric, but they don’t know where to charge,” the Herald quoted Brickell Energy owner Alejandro Burgana as saying. Burgana’s company has a vested interest in the new county ordinance  as it sells charging equipment  “As soon as people feel they’re surrounded by places to charge, they’ll make the decision to to drive electric.”

The proposed Miami-Dade law exempts churches, single-family homes and townhouses. Developments covered by the ordinance would need to make 10 percent of their parking spaces convertible to electric-vehicle charging spots, and after 2022, the requirement would climb to 20 percent.

The law would allow parking providers to collect fees for charging. This provision helped make the ordinance “palatable,” said Truly Burton, executive vice-president of the Builders Association of South Florida.

The new rules still must be approved before the full council.