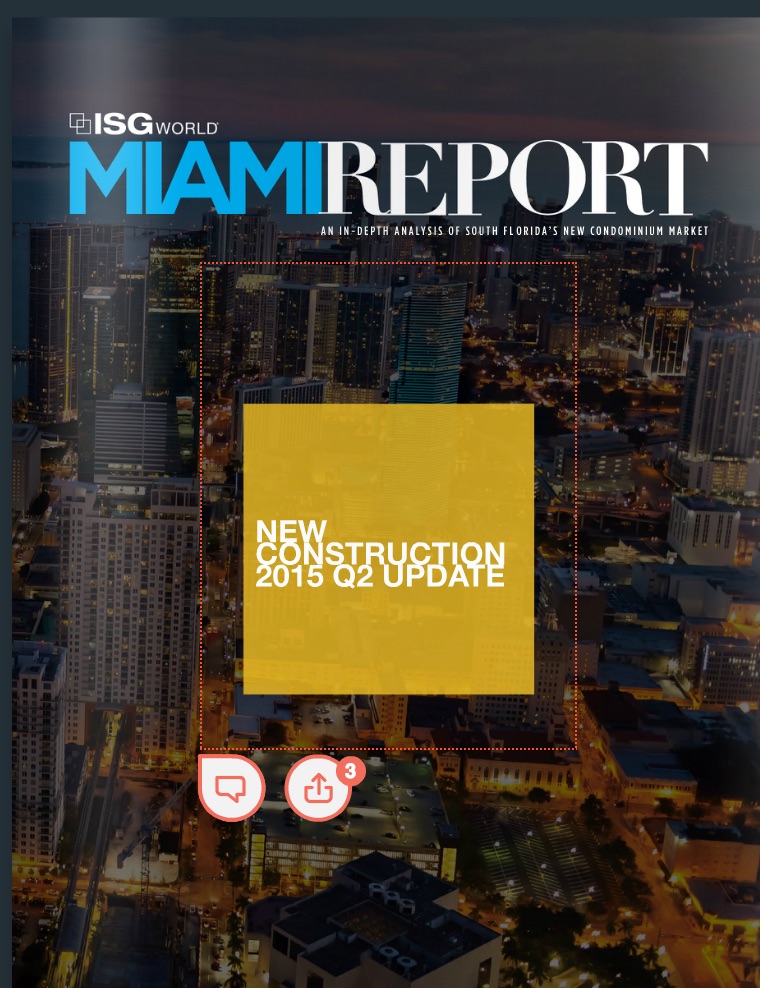 Broker ISG World reports that 73 percent of new condos in costal Miami through Fort Lauderdale have buyers, but condo sales are slowing in 2015.

Developers have reported condo sales slowing in 2015 because of the weakening of foreign currencies have made it more expensive for Latin American purchasers to buy the condos — especially since they need to provide 50 percent deposits.