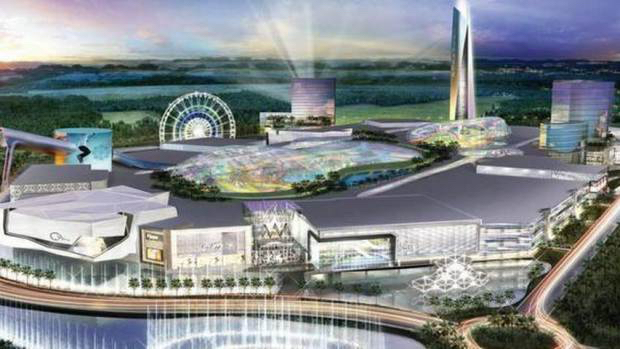 According to the South Florida Business Journal,  International Atlantic, an affiliate of the Edmonton, Alberta-based company, recently purchased a 15-acre site for $6.8 million from Rocoo Inc., managed by L. Michael Osman in Hialeah, and a 9.6-acre site for $3.15 million from Tract 32 LLC, managed by Frank and Gloria Ippolito in Marco Island.

Both properties were seized in foreclosure in 2011. They’re in an area that’s largely vacant and agricultural land, but that could soon change.

Triple Five – the owner of the Mall of America in Minnesota – plans to build the super-mall near the southwest corner of Interstate 75 and Florida’s Turnpike. In April, it closed on the purchase of 82 acres there from Miami-Dade County for $12.3 million, plus a $7.25 million lease termination payment to the county’s public school system. The entire project is planned for 225 acres. Triple Five has much of that land under contract with the Graham Cos. and various other owners in the area.

The developer has yet to submit its site plan, so the specifics of the size and scope of the project haven’t been determined.

Triple Five recently took out an advertisement in local media, saying American Dream Miami would have the world’s largest indoor ski slope, which would be open daily starting at 10 a.m.

In July, Miami-Dade County Deputy Mayor Jack Osterholt said it would probably take until November 2016 for Triple Five to begin its application process as it works with county staff to prepare its proposal.