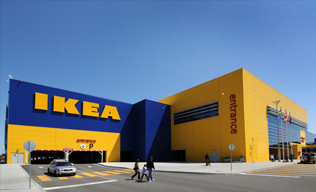 IKEA, the mega-popular home furnishing store known for its flat-packed furniture and other Scandinavian-design goods is coming to Jacksonville, the Florida Times-Union and other media have reported.

Jacksonville mayor Lenny Curry and JAX Chamber president and CEO Daniel Davis and representatives from IKEA were to announce the store’s location and target date opening at an Oct. 7 news conference.

The planned store will join IKEA’s 41 stores across the U.S., including locations in Orlando, Tampa, Sunrise and Sweetwater. When it opens it will be the only store between IKEA’s Orlando and Atlanta locations.

IKEA opened its newest store two weeks ago on a 21-acre site in St. Louis, The Times-Union reported. The 380,000-sq. ft. building includes a rooftop solar array and is the Swedish retailer’s first store to be built to use only LED lighting, according to the St. Louis Post-Dispatch. The store expects to employ about 300 workers.